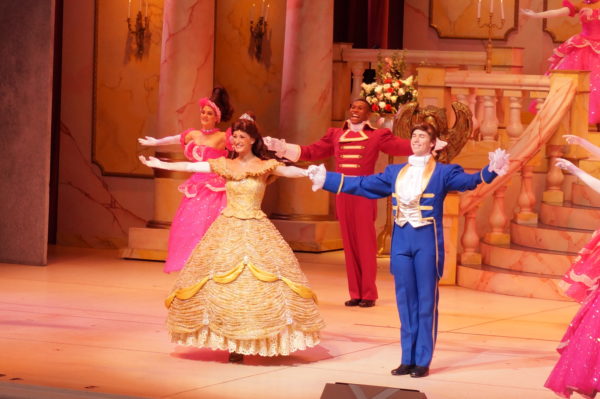 Today we have more sad news on the impact of the current pandemic and economic situation on Disney World.  Multiple sources report that the company has laid off many actors who performed across the parks.

Here is some of the news of actor layoffs from today:

Disney’s Hollywood Studios: Citizens of Hollywood, Beauty And The Beast

Back when the Disney-MGM Studios opened in 1989, one of the forms of entertainment the park offered was Streetmosphere.  Actors would perform short skits on Hollywood Boulevard and Sunset Boulevard that often included guest interaction.

Disney has presented Beauty and the Beast since 1991.  The musical was a condensed retelling of the story made famous in Disney animation.

Disney has laid off the actors of Citizens of Hollywood and Beauty And The Beast – Live On Stage.

The Hoop Dee Doo Musical Revue first opened on June 30, 1974, and has been delighting folks with corny jokes and all you care to eat country cooking for decades.

Disney has laid off the performers of the Hoop-De-Doo Revue.

The Laugh Floor in Tomorrowland has not reopened since the Magic Kingdom reopened back in July.

Today we learned that the company has laid off the cast and crew of the show which featured monsters that were animated in real-time and interacted with guests in the audience.

More than most Disney World parks, Animal Kingdom relies on large theater performances as a significant part of the day’s offering.  It appears that the actors for two major shows have been released.  The Festival of the Lion King has consistently rated as one of the top shows on Disney property.

Interestingly, Disney recently recalled performers at the Frozen Ever After Sign-Along, which restarted on October 5 and is now showing at Disney’s Hollywood Studios.

Sad to hear about the layoffs of actors in Disney World live entertainment?