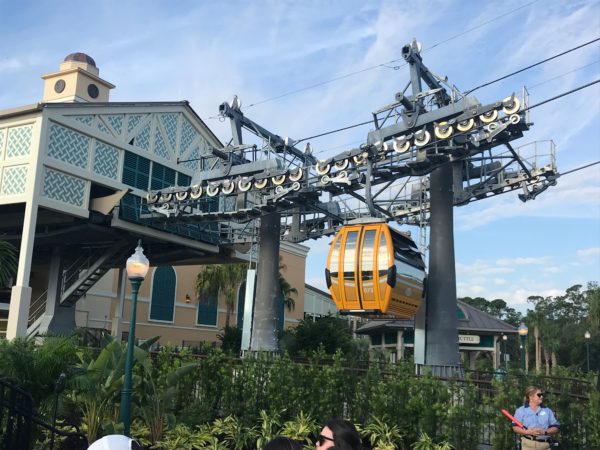 Unless you have been fasting from the internet, you probably know by now that the Disney Skyliner experienced issues on Saturday night.

People were stranded in the gondolas for several hours.  There were no reported injuries and it seems that the problem was likely not due to a power shortage.  It was evening time, so the cabins didn’t get too hot.

The firefighters didn’t need to use the rescue barge to reach cabins suspended over the water since the line with the issues was over land.  Only the line connecting Caribbean Beach to the Pop Century / Art of Animation goes over Hourglass Lake, and that line didn’t experience problems.

“We have a team diligently looking into the cause of the malfunction on the Epcot line of the Disney Skyliner.  We have been in contact with the guests, many of whom were on the Skyliner for more than three hours until we were able to restart the system. We express our sincere apologies for the inconvenience and continue to work with each guest individually.”

Disney has not yet announced when the Skyliner will resume operation.

Sill excited to ride the Skyliner?