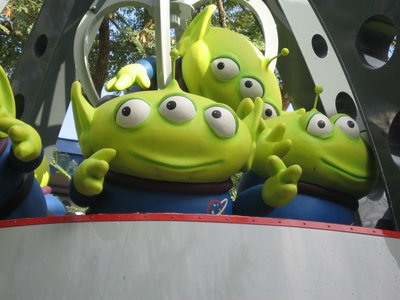 It will be fun to see the new technology that Disney rolls out.

Disney Is Testing New Technology for a New World

The changes currently brewing at Disney promise to be much more significant than anything Disney visitors have seen in some time.

The technology is called RFID, or radio frequency identification. RFID allows information to be encoded into small chips, and read without the need for lasers or barcodes. Instead, RFID carries need only be in proximity to a scanner for the information in their chip to be read.

Disney World’s first experiments with RFID began in November, 2011 at Epcot.  Guests were given the option to have an RFID sticker placed on their Epcot entry ticket, to test the technology as a way of smoothing entry into the park. Instead of the traditional turnstile entry, guest were able to enter Epcot by holding their ticket up to  Mickey Mouse shaped reader, and placing their finger on a biometric scanner.

The next RFID experiment at Disney World will be at the Art of Animation Resort, opening at the end of May 2012. Instead of the usual electronic key cards that must be inserted into a reader, guests will access their rooms with RFID chips. The Art of Animation will not be the first hotel to use RFID technology in this way, but it will be the first at Disney.  It’s another step toward the realization of Disney’s more sophisticated RFID plans.

Ultimately, Disney hopes to use RFID technology to allow guest more tools to plan their vacation, and to personalize the experience of each and every visitor. Disney’s “Next Generation Experience”, an ongoing project to improve the Disney resort experience, will use RFID and other innovations to make a Walt Disney World visit as hassle free and personalized as possible.

One idea that Disney is exploring is to help gusts feel that their vacation and connection with Disney World begins from the moment they book their trip. RFID enabled wrist bands known as MagicBands may be mailed to visitors ahead of time, to allow them to do things such as checking into their hotel rooms before arrival and booking advance FASTPASS times. The most frustrating element of a Walt Disney World vacation for many people is often the amount of time spent waiting in line, and these are ideas that Disney hopes will alleviate those problems. Disney also hopes to incorporate tools to help future guests explore Disney World features and customize their vacation before they arrive.

Once guests are at Walt Disney World, the Disney team has more ideas for ways in which the MagicBand passports can be used. Not only will guests be able to access their resorts and various reservations with the MagicBand, they will also be able to use their bands to purchase food and souvenirs, and to record their vacation and interact with the resort and cast members in a new way.

In theory, the information imprinted in the RFID bands would allow Disney to gather information about each guest in any location where they choose to install an RFID reader. Guests could then order a customized scrapbook recording each step of their Disney World adventure, or find that cast members are able to greet them by name as though they’ve known them for years.

In fact, recent reports on the internet from people who have been part of limited tests have explained that Disney Cast Members with iPads have approach guests with very personalized greetings such as “Happy Birthday Jenny, we are glad you are here on your first visit.”

Each phase of the RFID technology will take time to test and then fully incorporate into each guest’s experience. But the possibilities are fascinating to think about as Disney continues to explore new ways to ensure that a Walt Disney World vacation is a magical experience.