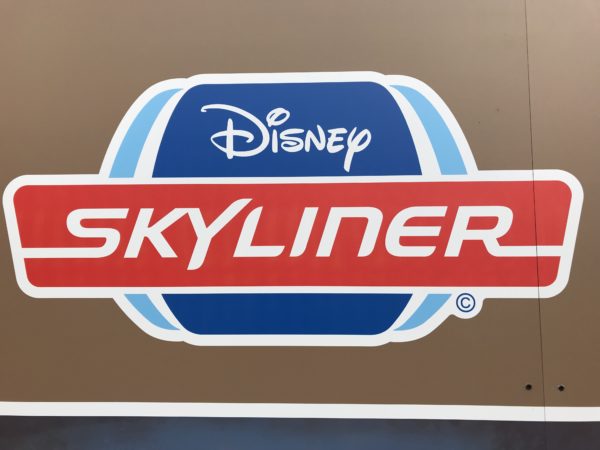 Disney is Betting Big on the Skyliner (Some Construction Costs Revealed)

I recently showed Disney’s latest concept art for the Disney Skyliner, which is currently under construction, that shows character sketches on the outside of the gondolas making it look like they’re riding along.

The Skyliner looks pretty awesome especially when you consider that it’s going to connect two Disney Parks and four Disney resort hotels including a yet to be built Disney Vacation Club Resort and two Value Resort Hotels.

Guests staying at these resorts may now be able to avoid buses almost completely since the Skyliner will soon connect Disney’s Hollywood Studios and Epcot.  From Epcot, you an jump on the monorail line to get to the Magic Kingdom and all but one of the Deluxe Resort hotels. Soon, the only areas only accessible by bus will be Disney’s Animal Kingdom and Disney’s Animal Kingdom Lodge.

That’s an exciting proposition, but it’s going to come at a cost.

Reedy Creek Improvement District, which handles any development within the area mostly controlled by Disney World and is responsible for maintaining roads and utilities for Disney World, recently approved $3.8 million dollars for electrical services related to the gondola system construction. This figure is 20% higher than the expected $3.2 million. However, Carter Electric was the sole bidder on the project because of a construction boom in Central Florida.

Carter Electric obviously got the bid and will begin work sometime in the next six months and says they will complete the work, which will provide power to the Skyliner, by October. The works is pretty expansive with one part of the system requiring four switches, six transformers, and 9,000 feet (approximate 1.7 miles) of cable. Each section is expected to cost $1.2 million.

This may seem like a lot of money, but when you compare the cost of adding to the monorail – around $100 million a mile – the gondola system is definitely a bargain.

Disney is betting that the Studios will boom when Toy Story Land and Star Wars: Galaxy’s Edge opens in 2018 and 2019 respectively and that Epcot will pick up attendance too with some promised magical enhancements coming in the next few years.  These include a new Guardians of the Galaxy attraction, for which Reedy Creek also approved $2.19 million dollars worth of electrical services.

Reedy Creek is Pitching In

While the electrical services are being outsourced, Reedy Creek will build the six points of service, each of which will have multiple transformers to keep the system running even if one fails. Reedy Creek will pay for the stations with utility revenue.

Even with more details being released about the Skyliner, Disney has not suggested an opening date except that it will be open in time for the 2021 50th Anniversary Celebration.