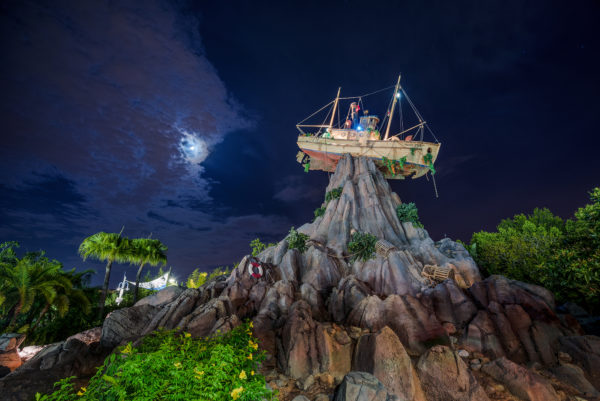 Disney has an Incredible Summer planned for guests! Starting May 25th, there will be new attractions, new entertainment, and so much more!

In Magic Kingdom, the Incredible Tomorrowland Expo will bring Disney*Pixar superheroes like Mr. Incredible, Frozone, and Edna Mode to Tomorrowland for an afternoon of fun ending with a dance party on Rocket Tower Stage. This is ahead of the new Incredibles 2 movie, which will debut at the AMC Theater in Disney Springs on June 15th.

Disney’s Animal Kingdom will debut the new Up-themed version of Flights of Wonder, which will still include birds, but the new “characters” will be Russell and Dug instead of bird scientists.

But Disney is planning a party that may come as a bit of a surprise to some park goers.

Disney plans most of their special events for the theme parks, but this summer will bring Typhoon Lagoon, one of Disney’s two water parks, into the spotlight.

Starting June 21st, Typhoon Lagoon will host an after-hours water party that will use lighting effects to illuminate the park like you’ve never seen before because it’s never been done before!

Disney will host H20 Glow Parties held every Thursday and Saturday through August 11th from 8pm to 11pm in this very exclusive after dark event.

The party will not only make the park look incredible, the whole thing is inspired by the Pixar animated short, Partysaurus Rex, during which Rex joins the bathtub toys for a water party that gets a little out of control resulting in the flooding of the house. I doubt that Typhoon Lagoon will be flooded, but you could possibly see, in addition to the really cool lights, bubbles, glowing jewelry, and some techo dance music.

There will also be Toy Story characters like Buzz Lightyear, Woody, and Jessie all in beach party mode.

If this sounds like fun to you, tickets are sale now! It’s $55 per person plus tax, and kids ages 3 to 9 are $50.  Personally I think the tickets are priced pretty reasonably, even through the event lasts just three hours.