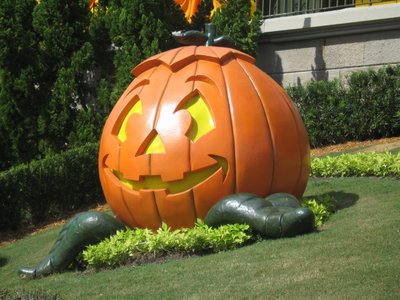 Disney In The Off Season: Seven Tips For More Fun

In the past few years Disney has done a lot to make sure that their parks are as busy as possible all year round.

They have added special events like Mickey’s Not So Scary Halloween Party, the Epcot Food & Wine Festival, the Epcot Flower & Garden Festival, and runDisney events like marathons and half marathons. All these events help to draw more people to Orlando.

Some would argue that there is no longer an “off season” at Disney World, but there are definitely still times that are busier and times that are less busy.

When Is The Off Season?

The busiest times of the year at Disney World are around Thanksgiving, Christmas, the New Year, during the summer, and whenever school is out for an extended time – like during Easter break and other holidays.

The least busy times are in January (after the New Year), from Labor Day to before Thanksgiving, and after Thanksgiving, but before Christmas. In addition, if school is in session, crowds tend to be smaller .

Smaller crowds are a good thing, but there are still some special considerations for visiting Disney World outside of the peak times.

Let’s take a look at seven tips for visiting during the off season:

Disney has about 30,000 hotel rooms on their property. That is a lot of beds into which they need to put heads. In addition, each Disney Resort Hotel has many different types of rooms at many different price points. In addition to the time of the year, view, proximity to resort amenities, and room size all impact the cost. When you make your reservation, after you’ve asked for the lowest cost room, request a room upgrade if one is available. If that doesn’t happen before you arrive, ask again when you check into your hotel. It never hurts to ask, and sometimes it works!

Sun protection is a consideration all year round in Florida. Even during the short days of winter, the UV rays of the sun can easily give you sunburn. What’s more, you can get that sunburn when the temperatures seem moderate. Don’t take the chance of ruining your vacation, and potential your health, with a sunburn. Put on sunscreen and wear a hat.

3 – Use Dinner Packages To Gain Entry To Fantasmic!

You can book special dinner packages that will provide you with a ticket for a reserved section of seating at Fantasmic! at Disney’s Hollywood Studios. Sometimes, during slower times of the year, Disney only presents Fantasmic! once per day instead of twice, so the show still has a long line to get in. Without a ticket, you will need to waste precious time waiting in line to get in, or you might get shut out of a full show. With a ticket you get as part of a dinner package, you can get into the theater without the long wait and without the worry of getting shut out.

Keep in mind that “normal” reservations for participating restaurants, which include the Hollywood Brown Derby, Hollywood and Vine, and Mama Melrose’s Ristorante Italiano, don’t include these Fantasmic! tickets automatically. You need to specifically reserve a VIP seating package.

By the way, Disney offers these dinner packages at the Christmastime for the Candlelight Processional even though that takes place during a busy time of the year.

During the off-season, parks can close early. Sometimes Disney’s Animal Kingdom will close at 5pm, and the Magic Kingdom can close at 7:00 for special events like the Halloween Party. Make sure that you know the operating hours of the parks you plan to visit, and consider arriving when the park opens, so that you can get a full day of fun in before the park closes.

With the exception of Epcot, the other parks, the Magic Kingdom, Disney’s Hollywood Studios, and Disney’s Animal Kingdom, often close early. Make plans to explore other entertainment options in the evening, like eating a late dinner at your hotel, shopping at Disney Springs, or just walking around a Disney Resort Hotel.

For those who live in colder climates, you might not think to bring your bathing suit for vacation in October or January. With the exception of a few truly cold days in Orlando, pools and the water parks are open nearly every day of the year, save for refurbishments. While swimming might be out of the question for thin-blooded southerners, those from colder climates might just find the water inviting during the middle-of-the-day sun.

Contrary to popular opinion, it does get cold in central Florida – especially in the early morning and late evening in the deepest part of the winter. Check the weather forecast before you travel, and bring clothes you can wear in layers.

Do you like to visit Disney World during the off season?