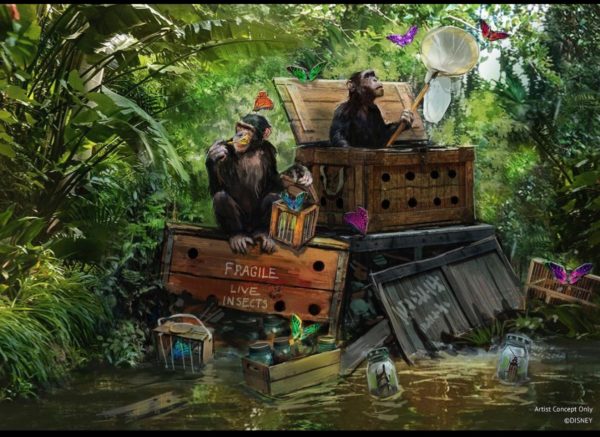 Over the last year, Imagineer Zach Riddley’s social media accounts (IG: @thezachriddley) have been a treasure trove of images and updates from the Disney Parks.

Riddley has provided fans an inside look at some major changes coming to the Parks, including giving fans their first real look at EPCOT’s new fountain.

Now, Riddley is giving fans some more information on the changes coming to the Jungle Cruise. The following was posted on @TheZachRiddley:

The following caption was posted alongside the photograph:

“You may start to notice some monkey business along the river as work begins on Jungle Cruise at Magic Kingdom. The good news for all of you visiting @waltdisneyworld is the attraction will remain open to guests while our teams update scenes in a phased approach over the next several months.

We can’t wait to share the enhancements with our guests as we build on the story of the Jungle Cruise at both Magic Kingdom and Disneyland Park.”

Are you excited about the new updates coming to the Jungle Cruise?