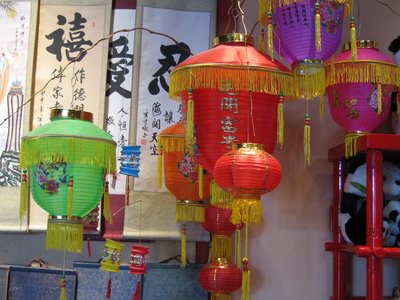 Disney Goes To China – Risks And Rewards In Shanghai And Beyond

For many corporations, China is the new frontier where they can continue to grow their businesses when places like the United States and Europe seem either tapped out or faltering.

A New Mainland Chinese Magic Kingdom Is On The Way

The Walt Disney Company is no different from other companies looking for growth in China.  In 2009 it announced plans to build the Shanghai Disney Resort, with a total investment of somewhere around $3 US billion.  Construction started in 2011 with a targeted completion for 2016.  The Resort will include a Magic Kingdom that is similar to others around the world with a castle we well as the typical Disney themed lands.  It will also include plenty of restaurants, shops, and two themed hotels (Source).

There are many ways to make those connections – books, movies, TV shows.  But given the culture and structure of China, some of those connections can be difficult to make.  For example, Disney doesn’t have a Disney Channel in China – although they have been able to syndicate shows on a regional basis (Source).

These connections with consumers in new markets can be difficult to make across cultural lines.  Mattel closed a huge toy store due to low sales, even though a look through any large upscale Chinese toy store will reveal a sea of Barbies.

Get Ready To Buy

Fortunately many people in China already know about the Disney brand and characters.  One way that Disney can build on that connection is through retail stores.  That is why Disney is planning to open up to forty Disney Stores in China in 2012 (Source).

This idea of opening up Disney Stores throughout China is probably a good idea.  However, there are risks that Disney will face in China that it might not see in other parts of the world.  Specifically, China as a country is very good at stealing intellectual property and counterfeiting goods.  I’ve seen it personally walking on the streets of Guangzhou, a huge Chinese city just a few hours from Hong Kong.  You can purchase pirated DVDs of Hollywood blockbuster movies from street vendors happily doing business in the streets for just a few US dollars – a practice that many new agencies report costs businesses up to $20 billion in profits each year.

A Problem Throughout China

The problem is amazing widespread.  In 2011 an entire counterfeit Apple store was set up in Kunming, China.   It was so well done that some of the employees of the store actually through they were working for Apple itself and not pirates.

And Disney has already been the target of these counterfeiting attacks.  The Beijing Shijingshan Amusement Park opened in 1986 and is actually run by the government of the Shijingshan District.  It is a stop on the Beijing subway (Source).

The Beijing Shijingshan Amusement Park is known to many as the “Counterfeit Disney World of China.”   It was highlighted new organizations around the world in 2007 for ripping off characters from Disney as well as other brands.  The park contains an unconvincing replica of Disney’s Cinderella Castle and a pretty good replica of Epcot‘s Spaceship Earth as well as knock offs of Universal Studios attractions.  While some of the building exteriors look like their Disney counterparts, reviewers on the Trip Advisor web site warn that the attractions are nothing like Disney quality attractions (Source).

See The Chinese Counterfeits Of Disney Characters Yourself

In this YouTube video you will see images of poor quality counterfeit copies of Disney characters and merchandise at the Beijing Shijingshan Amusement Park.  The video is in Japanese, but you really don’t need to understand the narration.  The pictures of poorly constructed characters tell the story vividly.  You will see knocks offs of Mickey Mouse, Snow White and the Seven Dwarfs, Winnie the Pooh, Tiger, and Goofy.  While it seems that the Chinese consider this to be no big deal (isn’t imitation the highest form of flattery?), it costs Disney not only lost profits from their intellectual property but also damage from the poor quality that can easily be associated (mistakenly ) with the Disney brand.

See counterfeit Disney characters in China for yourself.
This video is in Japanese but the pictures show everything
you need to see – poor quality reproductions that steal
profits and hurt both the Disney brand and
their intellectual property.

Disney has a huge opportunity to share its brand of quality family entertainment with more than a billion new potential customers in China.  However, they will need to navigate the murky world of Chinese counterfeiters and deal with a government that cracks down on the issue only occasionally and half-heartedly.  They will need to protect their brands and characters from being tarnished by cheap counterfeits.

If they can succeed in bringing some Disney magic to China, they will have be rewarded not only with countless millions smiling Chinese boys and girls, but also the potential for millions more in profits.