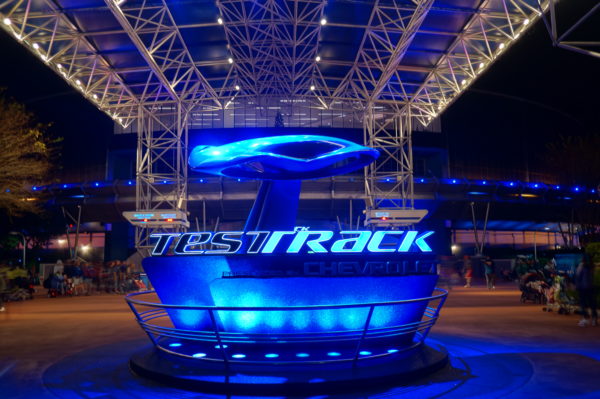 This weekend, General Motors (GM) will launch a new marketing campaign in partnership with Walt Disney World for the brand new 2022 Chevrolet Bolt. The advertising will combine the advanced transportation technology of GM and the pixie dust of Disney. GM promises that the 2022 Bolt will have “industry’s first true hands-free driver assistance system” among other technological advancements.

This isn’t the first time that Disney and GM have partnered up!

Their working relationship dates back to the 1940s when Walt supplemented his struggling studio by creating safety videos for GM. Throughout the years, GM has been a mainstay in Walt Disney World – specifically at EPCOT where GM has sponsored a pavilion since the park’s opening in 1982 starting with World of Motion, then Test Track, and finally a rebranding of Test Track to focus only on Chevrolet, a branch of GM.

Most recently, Disney tapped their partnership with GM to use Chevrolet SUVs for their now-defunct on-site rideshare program, Minnie Vans.

Chevrolet suggests that the future of transportation is more than just the innovation of technology but requires having “the desire, imagination, and ingenuity to build a better tomorrow”.

Who knows more about building a better tomorrow than Disney World?

Walt Disney was an innovator and inspired an entire career-path center around combining imagination and engineering. Disney is constantly looking toward the future.

One example of this is in 2017 when Disney publicly announced that they were seeking the possibility of autonomous vehicles with two separate start-ups. Initially, these vehicles would transport Cast Members backstage and eventually guests after some testing. Given that Disney – or perhaps more accurately Reedy Creek Improvement District, which Disney controls – manages all of the roadways in Disney World, it wouldn’t be too far-fetched for Disney to map the roadways accurately for safe transportation. After legal challenges, feuds between the start-ups, and ultimately the COVID-19 pandemic, the intentional seeking of autonomous cars was put on hold.

Estimates suggested that if and when Disney moves forward with autonomous cars, it could mean a purchase agreement of nearly $600 million dollars in the first year. Who would likely benefit from that? GM and specifically Chevrolet!

Both Disney and GM have plans to reduce their carbon footprint. GM plans to be carbon-neutral by 2040, and Disney has already invested in solar farms (in the shape of Mickey of course!), renewable energy, and other carbon-cutting initiatives.

The Valentine’s Day reveal of the new marketing campaign might be just the start of an increased relationship with GM. If GM delivers on their promise of the first truly hands-free driving AND in an electric vehicle, Disney might be able to assist in the expansion of this technology to their on-property transportation thus lowering their emissions – and in turn profiting GM.

The 2022 Chevrolet Bolt will be available for purchase later this year.

Disney and GM: A good partnership?