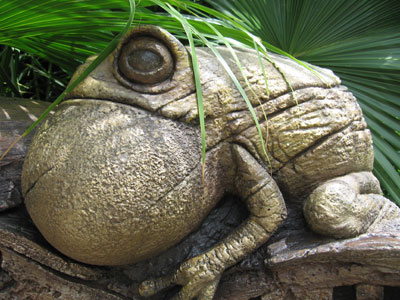 Could Disney Be Getting Ready For A Slowdown?

The Disney Company is actually made of up five separate divisions:

Parks and Resorts – This includes 11 theme parks and 43 resorts in North America as well as the Cruise Lines and parks around the world.

Walt Disney Studios – This includes all the folks who create movies, music, and Broadway shows.

These are all huge numbers, but the folks on Wall Street only care about what you will do for them now and in the future. Will you continue to be profitable? Will your business grow?

For the past few years, more than 80% of the growth of Disney’s business has come from just two of its five divisions: Parks and Media.

Some financial analysts believe that the growth contributed by those two divisions will slow down, sinking to just 60% in 2014 and 2015.

Analyst Benjamin Swinburne with the firm Morgan Stanley recently stated that he believes that Disney’s Parks & Resorts still has room to grow profits, but not as much as in the past.

After all, in the past few years Disney has started up new cruise ships and opened the new Cars Land at Disney’s completely redesigned California Adventure, with blockbuster results.

In Disney World the company is planning to wrap up the new Fantasyland expansion in the Magic Kingdom, and things seems to be moving along on Avatar Land. There are also persistent rumors of a Star Wars expansion.

However, from a financial standpoint, these investments may not bring as much growth as things like a a brand new cruise ship or a complete re-do of a theme park.

So where will Disney’s growth come from in the future?

In a word: NextGen. Both Disney execs and financial watchdogs are hoping that the $1 billion NextGen project, which will soon bring us MyMagic+, will deliver big profits.

By getting guests to plan more of their Disney vacation in advance, Disney hopes that people will spend more of their vacation time and money on Disney property. In addition, Disney will be collecting huge reams of data regarding people’s preferences and activities. They hope to turn that data into promotions and more profits.

In addition, Disney will be opening the Shanghai Disney Resort in late 2015. This is Disney’s first park in mainland China. Disney’s entrance into China carries some risks, but there are also big potential for rewards. In addition to all the folks who will visit the park, Disney will be able to promote their brand in the most populous nation in the world, which will allow them to eventually sell more movie tickets, toys, and other merchandise and entertainment.

Will projects like MyMagic+ and Shanghai Disney be enough for Disney to grow well in to the future, and, therefore fund even more new projects and investments, or are we about to enter a time of slower growth, or worse, an actual slow down?

Should Disney be doing more now to ensure future growth?