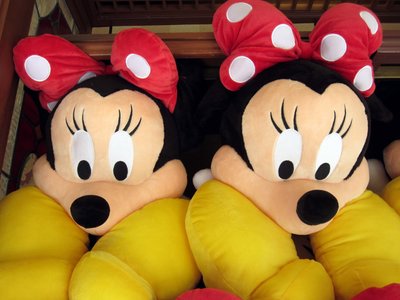 You’re not a big fan of rodents, and you never did buy into the whole fairytale thing. Maybe you don’t have young children, so what could Walt Disney World Resort (aka Disney, Florida, USA) possibly have to offer you, you ask yourself? You’ve probably seen iconic photographs of performers in Mickey Mouse costumes waving with oversized mitten hands, or even the sun shining on Cinderella’s Castle in the Florida heat. What you are overlooking, no doubt, is that this collective of resort hotels, fine dining, theme parks & water parks is called the Walt Disney World RESORT.

Cirque Du Soleil, the famous Avant Garde circus, has a permanent show installed in the Disney Springs Area of Walt Disney World Resort. “La Nouba” translates to “to live it up.” The awe-inspiring La Nouba show features performers from 15 different countries with a set of skills ranging from music and dance to athletic feats and acrobatics. This Cirque Du Soleil show does not wane in greatness from its touring counterparts. Cirque du Soleil is pretty magical to see anywhere, but that is especially true in the permanent theater designed just for the show.  Seeing the show there the epitome in “the most magical place one earth.”

Walt Disney World Resort boasts two of the coolest, wettest, wildest most visited water parks in the whole world. Disney’s Blizzard Beach Water Park and Disney’s Typhoon Lagoon are both based in “Disney Legend.” Each has its own unique theme and story.

Typhoon Lagoon, legend has it, came to be when a severe typhoon ripped across Florida, leaving ships, fishing equipment and standing water strewn across the land. This makes for some pretty great park design and décor. Typhoon Lagoon has water slides, surf pools, sandy beaches, a shark reef, a lazy river and also has the world’s largest wave pool. The crowning centerpiece of Typhoon Lagoon is Miss Tilly who is a ship that during the typhoon was impaled atop Mount Mayday. Every half hour, a 50-foot geyser erupts from Mount Mayday.

Blizzard Beach is based on a more unlikely Disney legend that tells the story of a blizzard that hit Florida, resulting in Florida’s first and only ski resort. The snow melts and the ski resort remains. Most of the “ski resort gone wrong” themed rides are on an artificial mountain, called Mount Gushmore, which is 90 feet tall. It is very important to note that Mount Gushmore is the 5th tallest point in all of Florida! Blizzard Beach has a chairlift, a gondola, 3 slopes, a red, green, and purple slope, as well as ground level attractions.

Along with slides and rides, Blizzard Beach has some standing water attractions on its ground level.

If you can’t make up your mind whether you would rather have snow or the beach on your vacation, why choose? Visiting both of Walt Disney World Resort Water Parks – Typhoon Lagoon and Blizzard Beach – is like a day at the beach and a ski vacation all in the same place.

Disney’s Animal Kingdom Park is divided into 7 different Areas: Africa, Asia, Camp Minnie-Mickey, Dinoland, U.S.A., Discovery Island, Oasis and Rafiki’s Planet Watch. Along with the Kilimanjaro, Maharajah Jungle, Pangani Forests and Oasis Trails Safaris, Disney’s Animal Kingdom offers a roller coaster, a river rapids ride, the Broadway style “Festival of the Lion” musical revue, animatronics dinosaurs, fossils, and the beautiful and iconic “Tree of Life” 14-story sculpture. Where else in the world could you see a Tiger from the forests of South Asia, a Zebra from the planes of Africa, and a Kangaroo from Australia without a plane ride in between each?

If you travel to Walt Disney World Resort in Florida and stay in one of their Disney World Resort Hotels, you’ll come to understand that they’ve spared no expense to make vacationing there a magical experience. Select Disney Resort Hotels even have special amenities built in, like the Grand Floridian Resort, which has a spa attached, or the Deluxe Disney Villas, which have all the luxuries of an upscale home.

Because Disney is such a popular vacation spot, they are willing and able to supply all myriad discounts and special offers to make a Walt Disney World vacation not only memorable but also more affordable. Disney offers Florida resident discounts, armed forces discounts and vacation package discounts, like the Magic Your Way Base Ticket plus customizations or the Walt Disney World Annual Pass. Most discounts not only will save you money, but also improve your vacation experience with special events, extended hours, planning convenience, and greater theme park access.

In addition, it is wonderful that Disney is such an accommodating vacation spot to its guests with disabilities. Nearly every theme park, attraction and resort hotel has guest services and can make special accommodations for guests with special needs. It enables guests who normally wouldn’t be able to do things like go on safari, visit castles or tour the world because of strenuous, difficult or dangerous travel conditions.

Check It Out On Your Next Vacation

Next time you’re thinking of a vacation, don’t write off Walt Disney World Resort. Whether or not you’re a fan of Mickey, or of Cinderella’s Castle, and even if you don’t have small children, it may surprise you. You may find yourself giggling at a dancing Mickey or wowed by the fireworks streaking across Cinderella’s Castle in the Magic Kingdom Theme Park. Let Walt Disney World awaken the child in you and enjoy an awesome vacation at the same time.