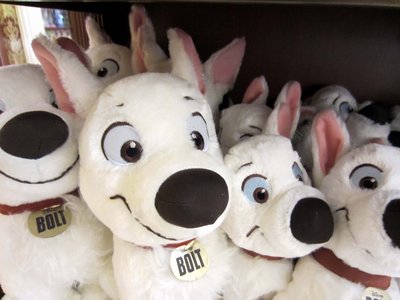 Disney is reported to be spending a cool $1 billion on its NextGen initiatives. These include the new MagicBands that will hold both your tickets and your FastPasses, and could ultimately replace the need for paper or plastic tickets. And with this big investment in technology, Disney is also lobbying the Florida legislature to change the state’s ticketing laws to better align with its goals and plans.

Why A Legal Change?

Disney says that the state needs to update its laws as technology moves beyond traditional tickets to new methods of paying for park entry, like MagicBands.

Disney says that illegal sales of tickets has become an industry unto itself in Florida, extended beyond just theme park tickets to also include sport and other entertainment events.

First, it would change the definition of a multiuse ticket to include media beyond traditional paper tickets, to now include “any right designed for admission”. This is likely to provide legal cover to the MagicBand, which is unlike any ticket medium of the past.

Second, the bill would also make it illegal to resell tickets unless the owner specifically said that was ok. This is the opposite of today, where it is OK to resell unless a certain legal phrase is printed on the admission media. That legal phrase is already on Disney tickets, but it seems Disney wouldn’t want to clutter up the look of their new MagicBands with a bunch of printed legalese.

And third, the bill would significantly increase the penalties for people who resell tickets. Today the fine is as little as $500, but under the new legislation it would go up to $10,000 – and repeat offenses would become felonies. This change would likely help better protect consumers. There are stories of former drug dealers switching to selling fake theme park tickets because the penalties and risks are so low. The companies behind SeaWorld, Busch Gardens, and Ticketmaster support this change to the law.

The legislature generally seems to be supportive of the changes that Disney wants. They know that Disney is a huge employer, technical innovator, and tax payer.

But some consumer groups aren’t so happy. They say the suggested wording on the new law goes too far.

Opponents of the new law don’t like an aspect of the new law that would change the designation of these tickets from personal property into a license – which means that the owner could exert much more control over their use. They also don’t like the concept that owners could create restricted tickets, which would further limit or eliminate how tickets could be resold. All this means that ticket resellers, and consumers, would have fewer options for reselling their tickets.

What do you think about these proposed legal changes?