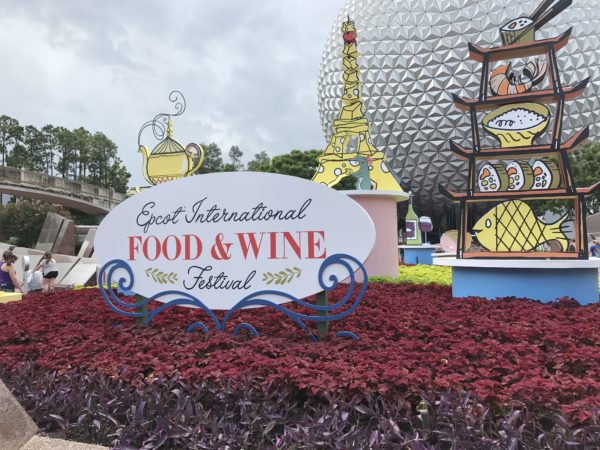 We’re right in the middle of the Flower and Garden Festival, but it’s not too early to start thinking about the 2018 Epcot International Food & Wine Festival!

Like last year, the festival will begin in August a full week before Labor Day. This is only the second time Disney has started the festival so early, and it will run 75 days, which is also the same length as last year. Just three years ago, the Food & Wine Festival didn’t begin until late September, but Disney has been cashing in on early fall vacationers.

The 23rd annual Food & Wine Festival will begin August 30th, 2018 and will end November 12th, 2018. This year’s festival will include all of your favorites like the Eat to the Beat concert series, celebrity chefs, dining packages and so much more. There will also, obviously, be the impressive food booths situated all around World Showcase.

There are only 94 days between the end of the Flower & Garden Festival and the beginning of the Food & Wine Festival.  Start your countdown timers now!

Will you be visiting the Food & Wine Festival this year?