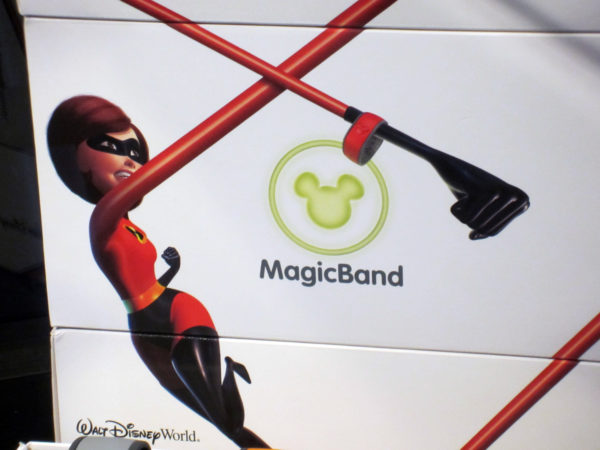 Disney World is a busy place. Even with four theme parks and two water parks, there are a ton of people especially this time of year. This leads to long lines, and sometimes it’s even impossible to get on some attractions like Disney’s Animal Kingdom‘s recently opened Flight of Passage in Pandora – The Land of Avatar. Even attractions that are a couple years old like Seven Dwarfs Mine Train in Magic Kingdom‘s New Fantasyland and Frozen Ever After in the Norway Pavilion of Epcot‘s World Showcase see very long wait times.

Fortunately, Disney offers a help with the FastPass+ system. This system is an virtual queue that allows guests to make reservations for select attractions months in advance essentially putting themselves in a shorter line and effectively reducing their wait time.

The Naughty and the Nice

But not everything in Disney is perfect. It seems that some visitors were cheating the FastPass+ system taking advantage of a loophole that allows them to use the MyDisneyExperience app to make additional (dare I say unlimited) FastPass+ reservations. Disney is working to close those loopholes and stop people from taking more than their fair share.

Ongoing Attempts to Cheat the System

Several years ago, rich Disney goers found a way to literally hire a handicapped person to join their traveling group so they could all take advantage of his or her Disability Access Service Card, which allows guests who can’t wait in line due to health conditions to skip to the front of the line. This scandal led to court cases and changes in the system.

Now, people have discovered a similar loophole in the FP+ system. They book a FP+ reservation on the MyDisneyExperience app using an unexpired park ticket. For example, an annual passholder could make a FP+ reservation for themselves and their family member then take both MagicBands to the park and use the FastPasses. The FP+ system didn’t verify that a same-day, valid park admission was used with the FastPass.

What’s more, tour guides and travel agents were advertising that they could get customers unlimited FastPasses.  Yikes!  What they didn’t tell them was that they were purchasing multiple one-day passes, booking reservations with those tickets, and giving them to their customers to use.

These people were doubling up unfairly. Although they were benefiting, it wasn’t good for the average park goer who didn’t know how to game the system.

Disney realized that this was a problem, and on June 7th, 2017, they started enforcing the terms and conditions of MyDisneyExperience. In other words, the FastPass must be tied to a valid, same day park admission.

They scan their databases every night time catch violators. At this point, the FP+ system doesn’t make an immediate connection to the ticket system. Basically, this means that you could cheat the system and not get caught until after you’ve already done it.

However, once Cast Members catch a violation, they will lock the guest’s MyDisneyExperience account, which locks them out of making future FP+ reservations. The only way to regain access is to visit Guest Relations or call the Support Center at 407-939-7917. They will only unlock your account if they deem that the usage was not malicious or intentional, which might be hard to prove.

If you repeatedly offend, Disney can permanently revoke your access to the FastPass+ system. You’ll still be allowed to enter Disney World, but you will have to wait in line like everyone else.