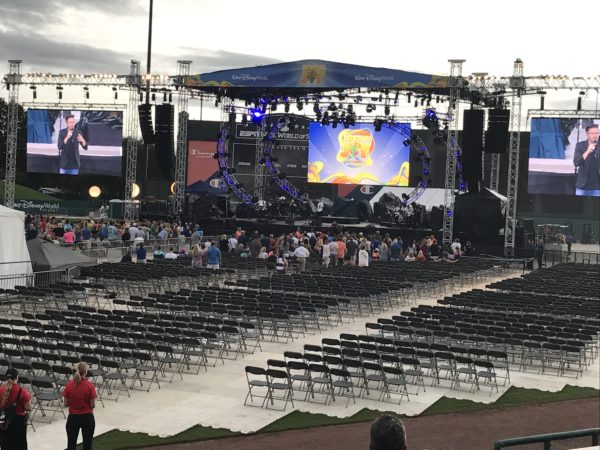 Disney’s Night of Joy is a Christian Music Festival began 34 years ago in 1983. The hard ticket event was held in Magic Kingdom for 30 years. Disney’s Hollywood Studios hosted the event for two years as did ESPN Wide World Of Sports.

However, a Disney spokesperson announced last week that Night of Joy has been canceled in an effort to “continually change [the resort’s] offerings.” Therefore, the last Night of Joy event was last year’s. Last year’s event saw low attendance because of Hurricane Irma.

Disney says that Christian artists will be performing at the Epcot International Food & Wine Festival’s Eat to the Beat Concert Series, and TobyMac and MercyMe are already on the schedule for six shows each.

Interestingly, Universal Studios Orlando and Sea World, two of Disney’s biggest competitors in the area, also hold Christian Music Festivals each year. It’s hard to tell whether Disney has totally gotten rid of the event or whether it will come at another time or under another name.

Disney’s Night of Joy canceled:  Will you miss it?