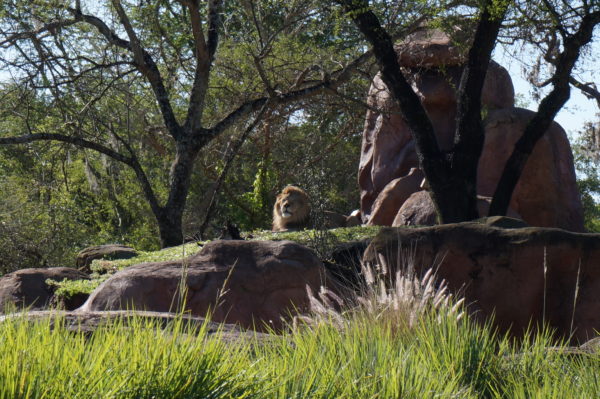 Disney is donating $2 for Everyone Who Rides Kilimanjaro Safaris

Disney is coming off a big weekend at the box office. The live-action remake of their 1994 animated film, The Lion King, fared significantly better than expected with earnings of $185 million for the weekend. That’s the ninth highest-grossing film ever and number one for a PG-rated film in the month of July.

The movie follows Simba, a lion cub, from birth through his teenage years and to adulthood. He is the Lion King’s son, but when his father dies and he thinks it’s his fault, Simba runs away. When he returns, his Uncle Scar has depleted all of the pride’s resources and ruined their home leaving the lions with nothing to eat or drink. Simba returns, takes his rightful place as The Lion King, and restores the pride lands.

While this makes for a great movie with a heartwarming ending, it is far too real in real life. Lions are considered a vulnerable species, which means that they are likely to become endangered if the circumstances threatening their survival don’t improve. According to a Kilimanjaro Safaris Cast Member, “In the last century, we have lost 90% of the number of lions in the world meaning there are only 10% of that number remaining.” She also says, “Since The Lion King debuted, we have lost 50% of the lions in the world.”

Disney is doing their part by donating $3 million dollars to help lions. This is the largest single donation they have ever made in conservation. Disney Cruise Line and Disney Stores are participating. All of the money contributed to the conservation fund between June and August will go to the Lion Recovery Foundation. Disney Stores are selling two Lion King plush toys – one Simba and one Nala – for $5 each, all of which goes directly to the fund.

Disney World is pitching in by donating $2 for every passenger who rides Kilimanjaro Safaris in Disney’s Animal Kingdom with the goal to raise $350,000. That’s just 175,000 people between now and Thursday. When the ride averages 20-25,000 riders daily, that number is highly achievable. At the end of this 22-minute ride, you’ll get to see the majestic lion!

Have you seen The Lion King? Did you like it?