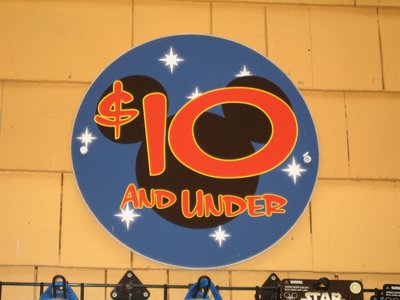 Two words: Disney Dollars. You might expect these to come with a board game, which would certainly make sense as the monetary system for the Disney edition of Monopoly. While Disney Dollars are not actual money or game money they are as versatile as a Disney gift card and more collectible. Two fantastic reasons you might want them!

Why Would You Collect Disney Dollars?

Disney Dollars are collectible because there are over 20 different designs. Each Disney Dollar design is released as a limited edition at different points during the year and is only available for the duration of that year. This has been the case since 1987 when the first Disney Dollar Design was printed except for 1992 and 2004.

Just like real American dollars and other regular currency too, each Disney Dollar is printed with a unique serial number. This not only makes them hard to forge since they do have a real monetary value but is also makes them collectors’ items.

The Walt Disney Company originally printed Disney Dollars as a collectible souvenir item with a cash value if redeemed at the Disney Parks and Resorts at which they were purchased, be it Walt Disney World Resort in Orlando, Florida or Disneyland in California. This inspires guests to come back and exchange their past year’s souvenir dollar for the new one each year giving folks yet another reason to return to the Disney Parks regularly.

Where Can You Spend Disney Dollars?

Now that you know a bit about Disney Dollars and why they are collectible items you may be wondering why and where someone would spend them.

Before you can consider why you might spend your Disney Dollars you need to know where they can be spent. The answer is: anywhere associated with Walt Disney. Disney Dollars may be spent at all of the theme parks in Walt Disney World Resort including the Magic Kingdom, Disney’s Hollywood Studios, Disney’s Animal Kingdom, and Epcot. They can also be used for the purchase of merchandise or goods at every shop and store on the Disney premises. Disney Dollars can also be spent at Disney’s water parks, restaurants and even special shows like Cirque Du Soleil La Nouba. Anywhere that you would normally pay with cash at Walt Disney World Resort or Disneyland you can pay with Disney Dollars. This is because Disney Dollars have the real cash value of the design’s printed value.

The icing on the cake is that Disney Dollars can be used to pay for some things on your Disney Dream Cruise Vacation to the exclusive Vacation Club’s private island, Castaway Cay. While there are no real special discount perks to paying in Disney Dollars and you don’t save anything by using them over regular dollars, you do get change back in real currency when you spend your Disney bucks.

The first reason you would use Dollars is in lieu of Disney Gift Cards. Many adults might prefer the gift card but if you were giving a young child money to be spent at Walt Disney World, they would probably find it more fun to receive a handful of bills featuring their favorite Disney character than the gift card.

How Do You Get Disney Dollars?

So whether you plan to spend your Dollars on a Disney Cruise Line or at a Disney Park Location count on a few things: the first is that Disney Dollars do have a practical function, even it is to put the fun in function. You may even experience a childlike thrill paying for something in Disney bucks. This is actually one of the fun parts of using Disney Dollars as opposed to real currency. The second is that though Disney Dollars may not save you any money outright, by keeping you from spending the money elsewhere or by earning them on your Disney rewards card, Disney Dollars can truly be worth more than if you paid for them. Or maybe they can prove to be a fun souvenir to collect. It is ultimately up to you.