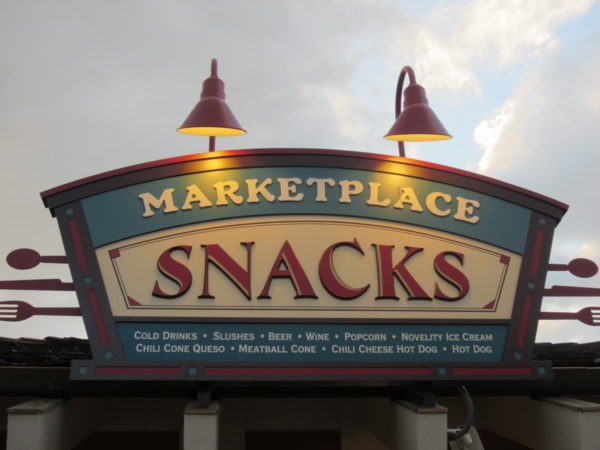 Someone recently asked this question: A family will visit Disney World this year and will take advantage of Disney’s Free Dining offer. They have a small child that will eat from their parent’s plates a doesn’t need a dining plan.  Are there healthy snacks available on the Disney Dining Plan you can use to supplement your meals?

That got me thinking that he’s probably not the only one wondering this, so let’s talk about that today!

Let’s establish some Disney Dining Plan “rules” before we get started.

Disney offers a variety of foods considered “snacks.”  Not all of them are good uses of your credits; as a general rule, you want to get the most expensive snack possible (this applies to meals too) to get the best value of your DDP. In general, the best value snacks will be at least $4. If you’re buying something less than $4, consider paying out of pocket and save your credits for more expensive options.

In general, you should never use snack credits on beverages including water (which is free!), soda, hot tea, hot cocoa, or coffee, and juice. Starbucks locations are available all around Disney World, though, and pretty much any made-to-order beverage is worth a snack credit.

A snack, according to the DDP, is a single-serve item that isn’t an entrée. Sides, non-alcoholic beverages, ice cream, packaged items, and some add-ons are considered snacks and eligible for your snack credit.

You can also choose to trade an item included on your DDP meal for a snack without using a snack credit like a dessert or drink for a side item at both table-service and quick-service restaurants.

Where can I find snacks?

Snack credits can be used at almost any of the Disney World restaurants from the theme parks to the Disney resort hotels plus snack carts.

Snacks are available in several locations around Disney World in theme parks and resorts.

Most of the food available at the Epcot Festival carts are also eligible for snack credits. If you’re visiting during a festival, these are the best uses of snack credits because they can cost up to $10.

So let’s get to our original goal: the most healthy snacks that you can get with your snack credits! 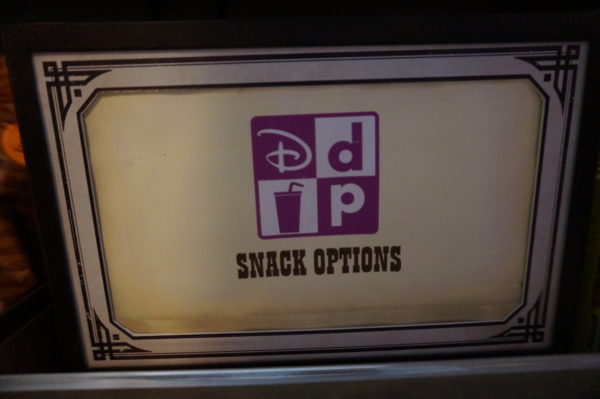 Look for this logo, which denotes snacks available on the DDP!

This is not an exhaustive list.  You might want to ask a Cast Member if certain items qualify as snacks.

It’s also worth mentioning that Disney changes the list at least annually. What’s more, some items are considered snacks in one location and not in another.

With all of that in mind, this list includes what is generally available and considered a snack. Also keep in mind that we’re focusing on healthy snack options, so while your Premium Mickey Ice Cream Bar and Sandwich are considered a snack (among other things), they aren’t on this list. 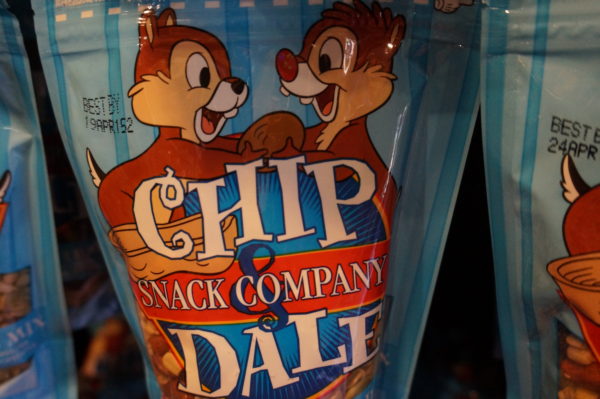 Chip & Dale Snack Company prepackaged snacks are good choices because you get a lot for your money!

Here are some healthy options to supplement your DDP Meals: