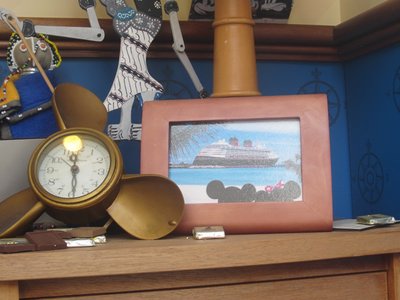 Disney Cruise Lines offers cruises to several destinations on a fleet of four ships. Learn why the Disney cruise line is the first choice for family fun.

When you choose a Disney cruise, you have the ability to choose from several exciting destinations. Whether you want a warm weather escape or would rather learn to dog sled in Alaska, a Disney cruise can take you there.  The destinations available from the Disney Cruise Lines include Alaska, the Bahamas, the Caribbean, Europe, and the Mexican Riviera.

Each destination features interesting ports of call where you will be able to disembark and then either explore on your own or take part in an organized adventure.

The four ships in the Disney cruise line were created with both fun and elegance in mind. You may be reminded of the grand ocean liners of a bygone era, but all the kids will notice are the special touches added just for them, such as the kids-only pool and the huge outdoor screen where first run Disney movies are shown. In fact, if you happen to book a cruise at the same time that a Disney movie is premiering, you will be one of the first to see it while onboard a Disney cruise ship!

The premiere of the Disney Cruise line was the Disney Magic. At 964 feet long and boasting 10 decks, this ship quickly became one of the most well-known at the ports that it visits. Every detail was thoughtfully chosen. Original artwork graces many areas of the ship. A specially commissioned chandelier by master glass artist Dale Chihuly is one of the many highlights of the ship.

At first glance, the Disney Wonder looks just like the Disney Magic. In fact, this sister ship to the original Disney cruise ship was designed to look like the Magic on the outside. The interior of the ship, however, features a nautical theme throughout. There is room for 2400 passengers and nearly 950 crew members.

The Disney Wonder was built in Italy at the Fincantieri Shipyard. Featuring special touches such as innovative split bathrooms (where there is a sink and toilet in one room, and a separate sink and shower in a separate room) and designated kids areas, this ship is just as majestic as Disney’s first.

When Disney decided to add a third ship to its cruise line, the designers thought it was time to go bigger. The Disney Dream is a bit over 1100 feet long and includes 14 decks. While the first two Disney ships could carry 2500 passengers, the Dream can accommodate an impressive 4000 passengers and more than 1400 crew members.

Even though the ship is bigger, and there are more passengers on board, you can rest assured that you will find the same personal service.

The fourth ship in the Disney cruise line is the impressive Disney Fantasy. The size and capacity of the ship is the same as the Dream. This ship really took the idea of looking back at a bygone era seriously. The art nouveau touches can be seen throughout the ship.

There are some experiences in life that you might think are only for the rich and famous. But when you vacation on Disney cruise line, you will think you’re royalty. Every staff member on board all four of the Disney ships has one thing in mind: making sure that every guest has the best possible experience.

Even the inside staterooms feature luxurious touches such as split bathrooms and elegant décor. The dining options are perfectly overwhelming. Each ship has at least a dozen choices when it comes to mealtime.

One of the most extravagant aspects of a Disney cruise to the Bahamas or the Caribbean just might be the stop at Castaway Cay. Castaway Cay is a private island that is only open for use by Disney guests. Enjoy the lush landscapes, private sandy beaches, outdoor massages, water sports, kids’ activities and so much more. You will never want to leave this private paradise!

How You’ll Get Some Adults-Only Time

One concern of some parents when on vacation is that they will never get to any time to themselves. While you will certainly find plenty to do for the entire family, Disney cruise lines also makes it easy for the adults to enjoy a quiet dinner, go dancing at one of the nightclubs or spend some time in the spa. With kids clubs for all ages, the kids will be occupied with fun activities such as ghost hunts, learning about animation, playing in the internet lounge and organizing a show that will be put on for other cruise ship passengers.

This is just one more reason that Disney is THE cruise line for family vacations.

How You’ll Stick to Your Budget

All of this elegance and family fun must cost a fortune, right? Not necessarily. The Disney Cruise Line often has special offers such as kids cruise free, land and sea packages, early booking discounts and more that can make choosing a Disney cruise a very budget friendly option!

Call your travel agent for specials or book directly through Disney cruise lines.

What? No Roller Coasters?

None of the Disney cruise ships have a roller coaster, but if you can’t imagine a vacation without visiting a theme park then consider a package that includes a few days at one of the Disney World Resorts either before or after your cruise. You can determine the cost based on the type of hotel that you choose and then you can have the best of both worlds: a few days at Disney’s theme parks and then a fabulous Disney cruise.

Disney Cruise Lines really do pull out all of the stops in true Disney fashion to make sure that your cruise is your best family vacation ever.