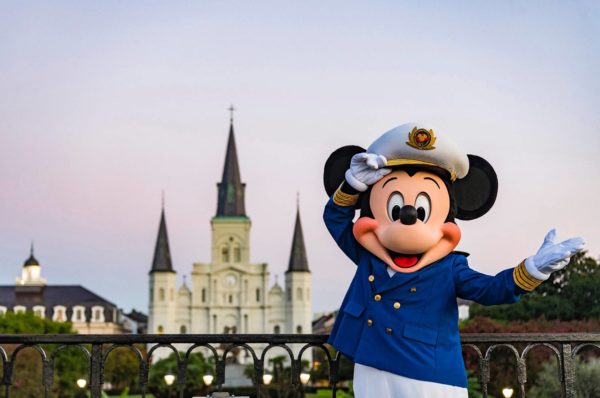 On September 27th at 11am ET, Disney Cruise Line announced their cruise itineraries for 2020, and “Oh Boy” did they have some big news!

DisneyParksLive live-streamed the broadcast from Disney’s Port Orleans Resort in Disney World. Besides returning to Puerto Rico, California, and Castaway Cay, DCL also announced that they would be returning to Hawaii after five years. And the big finish came with a show-stopping announcement of a new home port in New Orleans, Louisiana!

Bookings for these cruises in early 2020 will be open for everyone on October 4th, so let’s take a look at these two new cruises!

Disney Cruise Line used to sail to Hawaii, but their ships haven’t docked there in five years. That’s all changing because the Disney Wonder will offer two special cruises in early 2020.

First is a nine-night cruise from Vancouver, Canada on April 29th to Honolulu, Hawaii. It will take six days to sail to the island, and you’ll have the next four days to explore Nawiliwili, Kahului, Hilo, and Honolulu including the famous beaches of Waikiki and Oahu, the summit of Haleakala Crater on Maui, the tropical gardens of Kauai, and all the natural wonders of the islands.

The ship will then turn around and head back to Vancouver for a 10-night cruise starting in Honolulu, Hilo, Nawiliwili, Kahului, four days at sea, and ending in Vancouver on the 11th day.

I don’t know about you, but 20 days on a Disney Cruise and half of that time spent in Hawaii sounds pretty magical to me!

If the east coast is more your speed, then DCL has something for you too!

Disney Wonder will call The Big Easy home for the first time ever in 2020 with cruises to the Caribbean and the Bahamas. There will be four-, six-, and seven-night cruises stopping in Cozumel, Grand Cayman, and Falmouth, Jamaica respectively.

Rounding out the lineup is a 14-night Panama Canal Voyage stopping in Cozumel, Grand Cayman, and Columbia, before going through the Panama Canal. Then after a few days at sea, Day 12 is in Puerto Vallarta, then Cabo San Lucas, and ending in San Diego. In total, there will be six cruises departing during the limited season between February 7th, 2020 and March 6th, 2020.

Before your cruise, or even after for those that return to New Orleans, be sure to explore the historic city of New Orleans and everything it has to offer from the cuisine, the family friendly museums and parks to the iconic jazz music and southern charm. You’ll surely recognize some of the sights from Disney’s Princess and the Frog movie!