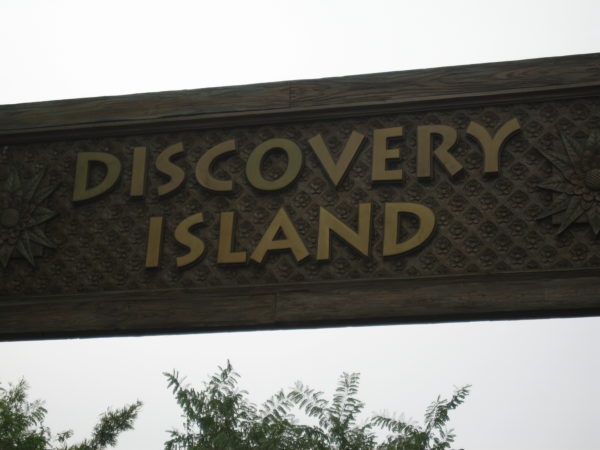 Disney Cruise Line is Eyeing up Another Island

Do you remember the buzz last year around this time that Disney was looking at buying Egg Island?

The problem was that many environmental groups and even Disney itself determined that the island’s ecosystem couldn’t sustain such development; because of this, the plan was abandoned.

But that wasn’t the end of the game for Disney’s island hunting.

Disney Cruise Line is working to expand its cruise fleet by 75% in the next few years by adding three more ships.  Their one Bahamian Island, known as Castaway Cay, will hardly meet the needs of so many more guests.

Castaway Cay, formerly known as Gorda Cay, was purchased by Disney in 1996 and has won Best Cruise Line private island for two years running. Cruise Critic says the island is easy to navigate, has plenty of beach space, and is good for both adults and kids. There’s also a buffet lunch included in your cruise price.

Disney Bahamian Cruises stop at Castaway Cay, but it was designed when Disney only had two ships, The Disney Magic and the Disney Wonder, which only have 875 staterooms. When the Cruise Line added the Disney Dream and the Disney Fantasy, each with 1250 staterooms, it became obvious that the relatively small island couldn’t handle the increase attendance.

But Disney pushed forward and it’s still one of the top rated private islands for cruise lines.

With three new ships being added, Castaway Cay will hardly be able to keep up. The three new ships, yet unnamed, will be a bit larger than Disney’s largest ships, but they will have the same number of staterooms. Still, more guests and less downtime between cruises could put stress on the island that would just be too much.

To fix this problem, Disney is looking at purchasing a new island in the Caribbean. Interestingly, the new island could resurrect an old idea:  Discovery Island.

Discovery Island was to be a half-day attraction on Disney World’s Bay Lake between Magic Kingdom, Disney’s Contemporary Resort Hotel, and Disney’s Fort Wilderness Resort and Campground. The pirate-themed island would be inspired by the literary classic, Treasure Island complete with a Fort, a tavern, and two shipwrecks to explore. The plan never came to fruition, so the island closed and the animals were moved to Disney’s Animal Kingdom upon its opening. The island now sits abandoned.

Those in the know say the next Disney Cruise Line island could have a Pirates Of The Caribbean theme like the one planned at Discovery Island. It would combine the best of Discovery Island and Castaway Cay offering snorkeling, age-specific beaches, and a treasure hunt similar but not as high-tech to the one offered in Disney World right now.

The island would be built so that the dock can accommodate the larger ships and larger crowds.

Should Disney’s next cruise ship island have a Pirate theme?