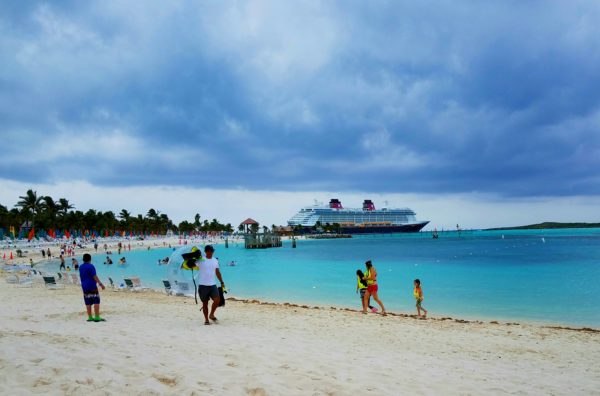 Rumors have been circulating recently that Disney Cruise Line is looking for a new island, so it should come as no surprise that another island has popped into the mix.

First it was Egg Island, but residents there warned that the island couldn’t support such development. Next was an island that would be called Discovery Island after the planned attraction just outside of Magic Kingdom in Disney World. Now, new rumors are swirling around an island west of Nassau and farther south than Castaway Cay called Eleuthera.

A Nassau news outlet confirmed that DCL is looking to expand in the area as did a Disney spokesperson, but no further details would be given including an absolute location though Eleuthera is highly suspected.

Eleuthera Island is a long, thin island only a mile wide at its widest point in Nassau.  It totals about 700 acres. That’s 300 acres smaller than Castaway Cay, but only 100 acres of the total 1,000 on DCL’s current private island are developed. That’s plenty of space for Disney to work with; however, they’re only eyeing up part of the island called Lighthouse Point, which is a peninsula on the island.

There are many reasons that Eleuthera could be DCL’s next port of call. First, Eleuthera is home to 11,000 residents as of a 2017 census, so construction projects could use local crews and equipment. The island also has good transportation already established including Queen’s Road, which spans the 110 mile length of the island. This means that construction would be quick, and once developed, visitors could travel easily for excursions as well. What’s more, there are three airports on the island spread out in the North, middle, and south.

Eleuthera has historic significance and features many sites worth seeing including the natural Glass Window Bridge and plant and animal species. Visitors also find sprawling pink sand beaches all around the island plus ancient coral reefs.

But Castaway Cay is so beautiful; why would Disney need to develop a new island?

Disney Cruise Line currently has four ships in its fleet, but that will increase to seven by 2023. All three new ships will be slightly larger than the Disney Dream and the Disney Fantasy, DCL’s biggest ships and will include the same number of staterooms (1,250). Castaway Cay is busy as it is with just four ships in the fleet, so adding three more large ships will certainly put the pressure of the maintenance crews who have to clean up the island and maintain it to Disney standards before another ship of visitors arrives. The island needs non-ship days to get all of the work done.

DCL needs to keep up with other cruise lines who also either currently own and operate private islands or are working on developing them. While Castaway Cay is really awesome, Disney needs to continue to grow and innovate.  It would be faster for DCL to develop a new island than for it to refurbish the current one. Plus, when one is being maintained, the other could be open for business and function just like the Disney World water parks – with a regular refurbishment schedule.

Should DCL purchase another private island?