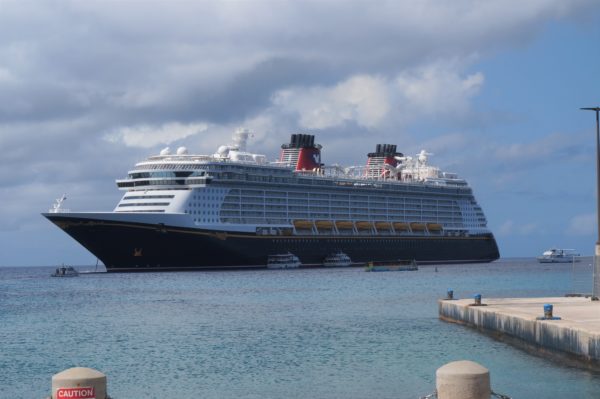 The Disney Cruise Line announced that they will extend their closure for departures through Sunday, April 12th, 2020.

In an announcement earlier this week, the Cruise Line suspended cruises through the end of March.  This adds an extra two weeks to the shutdown caused by the Coronavirus.

This suspension of all new departures through April 12, 2020, is in-line with the plans announced by other US-based cruise lines.

The Disney Fantasy and Disney Magic returned to their homeport on Saturday. The Disney Dream will return to Port Canaveral on Monday.

The Disney Wonder is now on a Panama Canal cruise. It will complete its sailing and will arrive in San Diego on March 20.

Disney has announced it will offer cruise credits or a full refund for impacted guests.

Disney Cruise Line extends closure until April 12.  Are you impacted?