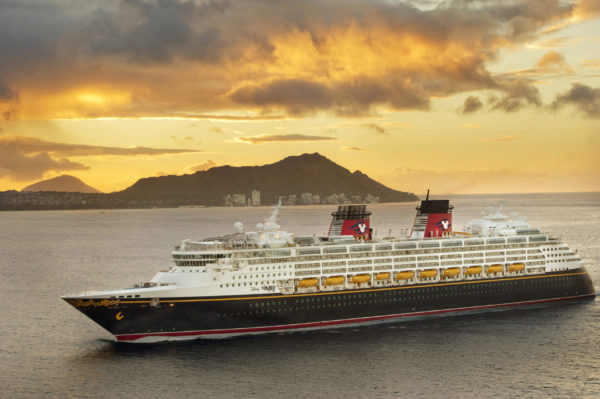 After similar cancellations by Norwegian, Royal Caribbean, and Carnival, the Disney Cruise Line has canceled sailings scheduled for April.  It appears the cruise ship industry won’t be back in action until at least May – at the earliest.

The Disney Fantasy and Dream typically operate out of Port Canaveral and have sailings currently scheduled for early May.  The CDC only allows sailings of seven nights or less, so Disney also canceled a long sailing planned for July 22 – 31 on the Fantasy.

Disney Guests who have paid for their trips in full can get either a full refund or a credit to use on a future sailing.  Guests who have not fully paid their reservations will get a refund of the amount they have paid so far.

All cruise ships to and from the United States have been shut down since the CDC issues a no-sail order in March 2020.

Have you been impacted by Disney Cruise Line cancellations?