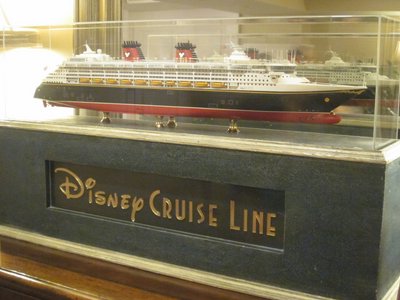 If you would love nothing more than to have fun at work, get paid well and not have to be a CEO to achieve it, the answer might surprise you. You have heard of Walt Disney right? Who hasn’t? Disney’s magic can create many things, which include making the world’s most visited theme park resort – Walt Disney World Resort and award winning animated movies. Disney’s magic can also produce its latest, greatest, and most magical creation yet – Disney Cruise Jobs.

Not only will a job on a Disney cruise ship allow you to travel around the world on one of the world’s most luxurious cruise ships, but it will also be a place to earn a large chunk of money without immediately needing to spend it on bills and such – because you’ll be on a ship on the ocean. You will depart and arrive in some of the world’s most beautiful, most exotic ports. Disney cruise ship employment is like an adventure on the sea and a job all in one.

One of the greatest things about a job aboard one of Disney’s cruises is that it can turn into a career, unlike working at a fast food restaurant or department store, which could easily feel like the only employment options available these days. A cruise line job can be a real, permanent employment solution during this time of economic turbulence.

What Jobs are Available?

One of the handy things about Disney cruise ship jobs, is that there are so many different jobs available – both for skilled and unskilled laborists and tradesmen. You can be a high school or college grad, or you can be someone in the middle of your life switching careers. No matter who you are, there are employment opportunities for you aboard Disney’s cruise ships.

Aboard the Disney cruise lines, there are some great jobs available in food and beverage service. You can do something challenging and interactive like being a waiter/waitress in the dining room, or something lower-key, like a buffet steward/stewardess. There are also of course, many cooks and chefs required to provide the gourmet spread available on the Disney Cruise Ships. You can even be in charge of some specific vein of cooking like pastry chef supervisor, or even a menu planner.

Another type of cruise ship job that is available may appeal to the more “tradesman” side of you. There are some maintenance jobs that require you to work with your hands. All sorts of crew are needed to keep the ship up and running – positions like an air conditioning technician or master carpenter to take care of the little (and the not so little) fix-its.

Some trade jobs that are offered aboard the ship are not quite so stereotypical as that. There are also spas and beauty salons aboard the ships, meaning they need not only massage therapists and hairstylists, but also nail technicians, make up artists, and health spa consultants to make each and every passenger aboard a Walt Disney Cruise Line Ship feel like a prince or princess.

There are many positions available in the managerial department of the ship. You can be the beauty salon manager, the shore excursion manager or the gift shop manager. You will be pleased at the challenges and benefits offered by this position – and how different it is from managing a similar shop on dry land. If a change of scenery without a change in career is what you desire, some of these managing positions may appeal greatly to you!

If you don’t have any experience in management on land, but aim for a managerial position as a career, fear not. Hard work is always rewarded on the Disney Cruise Ships. There is always room for you in the Disney crew members, maybe even in the position of a manager assistant, who could someday be promoted to drop the assistant from his or her title. At the very least, it is a fantastic way to make employment contacts who can help you take steps in the direction of your dream job. Who knows, you may even find your dream job where you least expect it – aboard a Disney Cruise Ship.

So, if you’ve made it this far, you’re probably wondering where the mention of all the ship jobs is? You would have expected to hear lots more words like “port” and “starboard” and “first officer” – that type of thing. The jobs described so far sound like they could be in a hotel, not on a cruise ship. A Disney cruise ship is a lot like a hotel, after all. It is a luxury place for people to vacation and enjoy each other’s company, and it is a place where other people work.

Unlike a hotel, a Disney cruise ship can’t call in an electrician when the lights have gone haywire, or order a pizza if the kitchen staff burn something – no. They are forced to bring everything along with them on a floating vessel in the middle of the sea.

This being said, of course there are shipboard positions that relate more to, well, the ship. The most “ship-y” of the ship jobs include positions like cruise director, cruise director assistant, and all sorts of supervisors, and assistants, and supervisor assistant positions too numerous to count. So, if the high seas – and helping maneuver a giant boat across them – appeal to you, you may want to check out Disney’s employment guide, and see if you can find a place for yourself aboard one of their mighty vessels.

When you think of a cruise ship, you don’t take time to imagine all of the people they have to bring with them just in case; people like a doctor/physician, who – though present in care of emergency, will never ever be bored aboard a boat with so darn many people – thousands, in most cases.

So the next time you imagine that there would be no place for you to fit in terms of employment aboard a luxury Disney cruise, think again. Think about a posh luxury hotel floating on the waves, and all of the cruise line jobs it takes to run that hotel – is there really no place for you? If you really can’t find a place for yourself, you must be trying not to. Don’t forget – all the jobs listed so far, and not one of them included the performers, the janitors, or the plumbers – there is a job for everyone aboard a Disney cruise ship, literally about 1,500 – 2,000 staff per each of the 4 ships. All that’s left for you to do is to buck up and get one… out of 8,000.