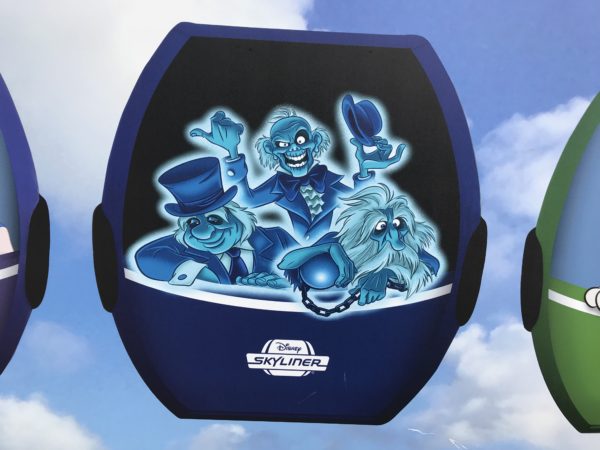 Disney Officials Confirm: Skyliner will Not have Air Conditioning

I’ve been covering a lot of D23 announcements lately. One greatly anticipated addition is the Disney Skyliner.

When it opens in Fall 2019, the Disney Skyliner will add another form of transportation for Disney’s Hollywood Studios, Epcot, Disney’s Art of Animation and Disney’s Pop Century, which will share a stop, Disney’s Caribbean Beach Resort, and the yet to be opened Disney Vacation Club resort Disney’s Riviera Resort.

One of the Skyliner Capsules was on display at the recent D23 Destination D event, and it was guarded by security. Attendees were even told not to get too close. However, some of what was speculated through concept art was confirmed. The capsules will be about 10 feet tall and seat around eight adults on two flat benches on either side of the pod. There will also be characters on the windows making it look like they’re riding along with you!

This all seems really fun, but a few details bring even more questions. These pods seem pretty small; will they hold strollers and wheelchairs, and will they be comfortable for very tall riders?

A Walt Disney World Spokeswoman said that they will be wheelchair accessible and were designed to be a comfortable ride.

Speaking of a comfortable ride, there also isn’t any sign of an air conditioning unit on the capsules.

Official Disney sources confirmed that there will NOT be air conditioning, but, as the spokeswoman said, the pods were “specifically tailored to provide a comfortable ride for our guests in the Florida climate.” Instead of AC, the Skyliner cars will have cross ventilation providing airflow to cool the cabin.

What’s more, the reflective windows, which appear dark from the outside, prevent direct sunlight from heating the cabin.

Disney confirms no air conditioning in the Skyliner: bad move?