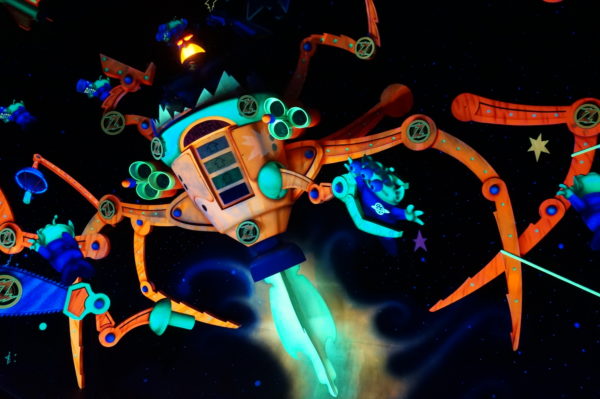 If this is you, you might also look forward to some (friendly) competition with your friends, family, and travelling party. Sure, feeling the adrenaline of the 50-foot drop on Splash Mountain or rocking out to Rock n Rollercoaster Starring Aerosmith is amazing, but maybe you’re the kind of person that likes to compete!

Disney has several experiences to feed your competitive nature whether you’re competing against yourself, your friends and family, or just other Disney World guests.

All of the Disney resort hotels have arcades. As is true with other amenities, Disney’s Value Resorts have smaller, less fancy arcades while the Deluxe Resort Hotels and Deluxe Villa Resorts have larger, better-themed arcades. Regardless of where you’re staying, these arcades offer some classic and even nostalgic fun for the whole family! 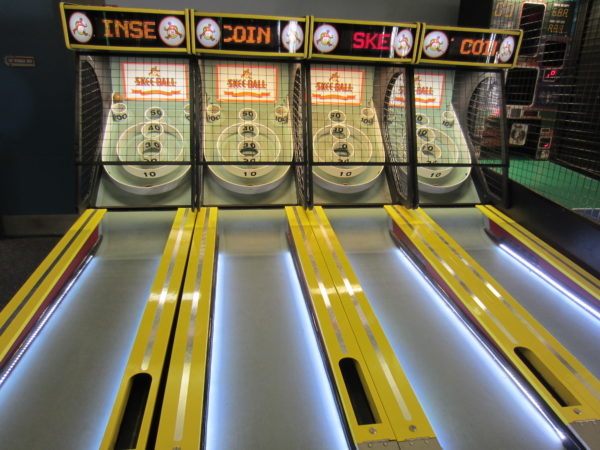 Games include everything from Guitar Hero to Skee Ball and everything in between. There are basketball games, snowboarding and driving simulators, air hockey, and even simple ride-ons for the littlest gamers.

One thing to know before you go is that these machines don’t take money. Instead, you have to get a game card, which you’ll insert at each game. Surprisingly the Arcade Kiosks do not take MagicBands as payment, but you can use a credit card or cash. Game cards are rechargeable, so hang onto it and add more money as you go.

If you like arcade games outside of the resorts, mosey on over to the Frontierland Shootin’ Arcade in Magic Kingdom. The log cabin building holds a jail, a hotel, a cemetery, and a bank with nearly 100 targets. For a small fee, you can get your hands on a replica .54 caliber Hawkins buffalo rifle equipped with an infra-red light instead of actual bullets, which were not only potentially harmful to guests but also damaging to the targets that used to need repainting every night. This attraction simulates a real shootout in Tombstone, Arizona in 1850. Shoot away at the targets, and see who can get the most shots! 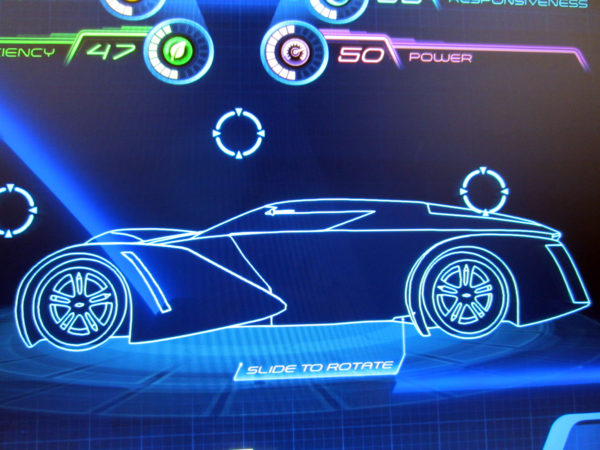 Test Track in Epcot’s Future World transforms you into a crash dummy and runs you through several different scenarios involved in testing vehicle safety like terrain, temperature, and acceleration tests.

But you’re not testing just any car; you’re testing a car that you designed! During the queue part of the attraction, guests enter a pre-show room with large touch screens. You and your group can design your own car choosing the body style, color and paint scheme, engine, accessories, and tires. Your time is limited, so scan your MagicBand right away and get started building. If you want your car to perform very well, spend your time choosing things that matter like the body style, engine, and tires. If you want to see who can design the coolest car, spend a little bit of time on all of the areas.

Before you board the ride vehicle, scan your MagicBand so the ride knows to test your car. After each test, you’ll see how each of the designers’ cars performed including your own. At the end of the ride, you’ll see your overall score. After disembarking, head to the post-show area to see a more in-depth view of how your car performed. You can also make changes to improve performance without the time limitation that you had in the queue.

There are also some other really cool games in this post-show area, so it’s definitely worth checking out!

Millennium Falcon: Smugglers Run is a part of Star Wars: Galaxy’s Edge, and it is a popular attractions at the moment. While this isn’t true competition between you and your friends and family, you have to work together to deliver questionable cargo in exchange for parts for the broken ship. Your actions, or lack thereof, will result in a successful or unsuccessful mission. The competition lies in whether you can make it through the mission without damaging the ship even more!

Toy Story Mania brings old-fashioned carnival games to Disney World and includes some of your old friends like Woody, Bo Peep, Rex, and Ham. This 3D ride allows you to test your target skills. There are two spring-action shooters per vehicle. They’re positioned kind of high, so little kids might need to sit on a parent’s lap to pull the string and see what they’re aiming at. 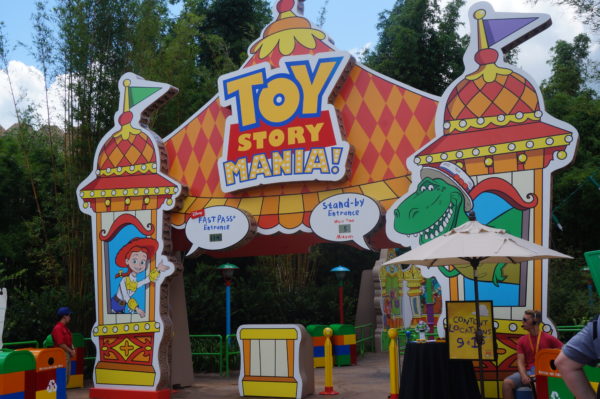 This super fun game shows you your score as you go. It’s fast-paced, so shoot quickly (the pain in your wrist will go away eventually) and aim for moving targets to earn the most points.

Buzz Lightyear Space Ranger Spin is located in Magic Kingdom’s Tomorrowland. This fun target-shooting game asks you to help Buzz Lightyear defeat the Evil Emperor Zurg who is attempting to steal batteries from helpless toys to power his own weapons. Use your laser shooter to shoot the Zs and save the batteries.

Your starcruiser ride vehicle is equipped with trigger blasters. To earn the most points and save the most batteries, keep your finger on the trigger the whole time and aim for moving targets!

If you want an advantage, check out this article on how to get a high score on Buzz Lightyear’s Space Ranger Spin.

The Play Disney Parks App is a really fun way to pass the time in line. Many of the Disney World attractions offer in-queue games that complement the ride itself. There are single-player and multi-player games that allow you to compete against yourself or your friends and family. Download this app before you arrive, play the games, and earn points. You can even earn the right to purchase achievement pins.

Which competitive Disney attraction is your favorite?