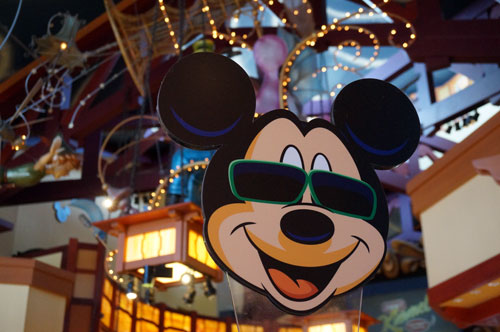 Those of us on the east-coast tend to think that Disney World is all there is to the Disney universe – but that’s definitely not true.

Disneyland opened more than 16 years before Walt Disney World Resort, and Disney Studios had its beginnings as early as 1923.

Disney World fans have a lot to boast about “their park,” but there’s a lot more to Disney than just our World.

Here are seven interesting facts about Disney Company as a whole, and a few special ones thrown in about our beloved Walt Disney World.

In 1923 when Walt was just 21 years old, Jenkins Music Company contracted him to create illustrations for a song called “Martha: Just a Plain Old-Fashioned Name.” It debuted at a theater in Kansas City, Missouri as Disney’s first Song-O-Reel. This silent film displayed the words of the song on the bottom of the screen, and organist Carl Stalling played the melody while the audience sang along.

Disney has been working on a solar power plant for some time now, and it now powers a portion of Disney World. This five-megawatt plant holds 48,000 solar panels on 20 acres near Epcot.

That’s great and all, but what’s the real Disney scoop? Well, it’s shaped like Mickey! Yes, if you could get an aerial view of the solar plant, you would see that it is a huge hidden Mickey!

Throughout his career, Walt was asked to create several films including educational films. Walt was a huge proponent of education, so he gladly obliged.

In 1955, he collaborated with NASA rocket designer, Doc Wernher von Braun to create three education films: Man in Space, Man and the Moon, and Mars and Beyond. These films were even recognized by then President Dwight D. Eisenhower who wanted to show them at the Pentagon.

NASA historians are quick to note that Disney had a hand in helping America be the first on the moon.

Disney has always been at the forefront of technology. In fact, Walt conceived EPCOT as an Experimental Prototype Community of Tomorrow that would use the best technology to establish a high-tech community where people would live and work. Although this never quite came to fruition as originally designed, Epcot is, even to some smaller extent today, dedicated to helping guests interact with technology.

But it’s not just in the parks. In the 1930s, Walt had an exclusive contract on the three-color Technicolor process. This meant that, even for just a year, non-Disney animators had to use the inferior two-color Technicolor process or something else on the market. This might not seem like a big deal, but Disney was so impressed with the vibrant colors that this process made available in his 1932 short “Flowers and Trees” that he made sure he got exclusive rights for one year. It was the first color animated Disney short. During his exclusive contract, he produced Three Little Pigs and delighted audiences with this first commercially released film using this technology.

Walt began producing feature films every year with this process and continues the tradition to this day, even though technology has advanced a little more since then.

Disney Company, and Disney World specifically, has used 3D printing for many things including, in 2013, to print images of guests as Stormtroopers. They also use the technology to print unique costumes and props that would otherwise be difficult or impossible to make by hand.

But most people don’t know that Disney has a proprietary printing technology called Printed Optics. This technology allows Disney to print moving parts and embed them directly into objects. For example, Disney can print a toy with eyes that actually move. These optics can also sense movement, illuminate in different colors, and even display text or symbols. Here’s another example: Disney has created a chessboard with pieces that display not only their current position on the board but also some suggested next moves.

I’m sure that they will only continue to develop and implement this technology in the future.

When Mr. Potato Head was added to Disney’s Hollywood Studios‘ Toy Story Mania attraction, it was the most advanced audio-animatronic at that time. He can sing, tell jokes, and even identify people in the audience. With Hollywood Studios getting a makeover, Disney may use their advanced technology with MyMagic+ and the MagicBands to increase Mr. Potato Head’s hospitality with his guests.

Disney first debuted their audio-animatronics at the 1964 World’s Fair in New York with Mr. Lincoln. That’s also the first time that It’s a Small World was seen. Despite the fact that Ford unveiled the Mustang and IBM displayed the first computer at that same event, Disney was the highlight of the show.

After Walt lost Oswald in a series of rather unfortunate events, he was beat down but not defeated. He created a mouse whom he wanted to call Mortimer, but his wife Lillian thought this was not such a friendly name and came up with Mickey. It’s a good thing Walt listened to his very smart wife!

Lillian Bounds began as Disney’s employee. She was hired as an ink artist in 1923. Two years later, Walt married her. In 1928, the two came up with Mickey.

And Walt said, “I only hope that we never lose sight of one thing: that it was all started by a mouse.”

Disney trivia:  Did you know Disney operates a solar farm?