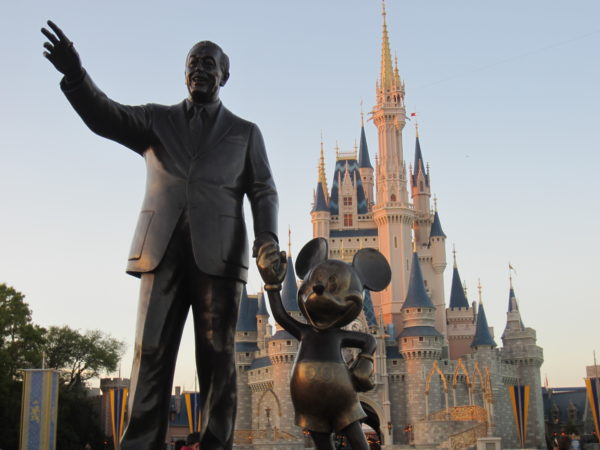 In its final quarterly report, the Disney Company posted results that were stronger than expected even before the launch of its new streaming service that will set its direct-to-consumer strategy off into Infinity and Beyond!

The fourth-quarter report came out before the new and highly anticipated Disney streaming service will launch on Tuesday, November 12th in the United States competing with other OTT’s or Over The Top services like Netflix, Amazon Prime, and AppleTV+.

Disney CEO Bob Iger states, “Our solid results in the fourth quarter reflect the ongoing strength of our brands and businesses. We’ve spent the last few years completely transforming the Walt Disney Company to focus the resources and immense creativity across the entire company on delivering an extraordinary direct-to-consumer experience, and we’re excited for the launch of Disney+ on November 12.”

Disney+ will serve as a platform for all things Star Wars, Marvel, Pixar and will include other Disney brands and entertainment. Since announcing this new service in April, Disney’s stock has risen 12.5% (vs. a 6.5% gain in the S&P 500) making Wall Street pretty optimistic about the new world of Disney+.

After acquiring 21st Century Fox in March with the original motivation being to add to its already immense library, Disney left room for integration into the Disney+ vessel for Fox but with their CFO Christine McCarthy saying that Fox could lose $60 million in the fiscal first quarter, this does not bode well.

For the reported quarter, operating losses were narrower than expected in direct-to-consumer and international segments where the service is housed. The quarterly drain was expected to be $811.1 million when only actually was $740 million in the unit. Disney’s losses doubled in the last year which company execs attribute to dealings with Hulu, ESPN+ and other Disney+ investments. “The direct-to-consumer unit is expected to lose $800 million in the first quarter.” McCarthy said.

In its Media Networks segment, Disney shined again, exceeding expectations in its biggest contributor to profit and second-biggest to overall sales.  This unit, which includes several of Disney’s cable networks, topped the expected $1.85 billion with $2.27 billion. The operating income had an expectation of $1.64 billion and instead came in ahead at $1.78 billion.

Disney Studio Entertainment had revenues that matched expectations, $3.31 billion but their operating income was $1.08 billion and beat the $827.3 million that was expected, mostly attributed to the results of the newly released Lion King, Toy Story 4 and Aladdin.

Parks, Experiences and Products was also a segment that outperformed in the fourth, which was difficult with Hurricane Dorian closing them for a day in Orlando and the political protests in Hong Kong Disneyland. Parks grew 8% over last year in the fourth quarter to $6.56 billion with its operating income ahead with $1.38 billion in the unit, Disney thanks sales from Toy Story and Frozen for the healthy merchandise sales.

Have you ever purchased Disney stock?