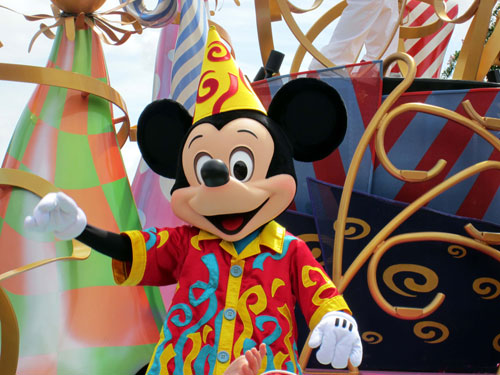 Every few months, college students from around the world descend on Walt Disney World and Disneyland. The College Program website promises that students will benefit both personally and professionally through career development classes. Problem-solving, teamwork, guest services, and effective communication are just a few of the things Cast Members will learn.

But being a Cast Member isn’t all Mickey Ears and Goofy Hats.

Let’s take a look at what it’s really like to be a Disney College Program Cast Member.

They learn a lot

As I mentioned above, college students involved in Disney’s College Program have the opportunity to learn by being at one of the most successful companies in history. They are enrolled in Disney University, go through extensive training before even arriving at their assignment, and then they work under permanent Cast Members who teach them the daily ins and outs of being a successful employee.

Nearly all Cast Members work quite a few hours per week. They often work ten-hour shifts and are scheduled for 60 or more hours per week during peak seasons. This leads to physical and emotional exhaustion from dealing with the Florida heat and the cranky guests who are also exhausted after long days in the parks. Oftentimes, Cast Members must bite their tongue because Disney teaches that the guest satisfaction is paramount. Cast Members may be overworked and underpaid, but many say it’s the most rewarding job they’ve ever had.

They have to be flexible

Cast Members are assigned to one location, but they often have to be flexible. Disney will often deploy Cast Members to other locations. It takes a great amount of flexibility to get to know the other Cast Members and job functions.  This happens frequently, and they have little say in when or where they’re transferred.

They really enjoy their work

Most Cast Members really do love their work. Although they do get paid, it isn’t a lot, and it certainly isn’t enough to make up for the cranky guests they have to put up with at times. These Cast Members enjoy making the magic happen. They love meeting and talking to guests and making their vacation as magical as possible.

They love your admiration

Even after all of this hard work and long hours, what’s most rewarding is hearing a guest thank them for their hard work. You can thank them in person, although they’re not allowed to take monetary tips. They like homemade thank yous, but you can also thank them more officially. By e-mailing wdw.guest.communications@disneyworld.com or calling 407-824-4321, you can file an official thank you. Cast members who receive this kind of praise are publicly recognized at their cast meetings and are entered to win prizes. Their great service even becomes part of their permanent record and can help them get promotions and transfers.

Would you enjoy begin a Disney Cast Member?