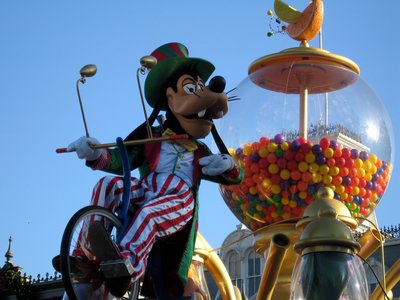 Walt Disney Characters – Make Them Part Of Your Vacation, Not The Center Of It

When it comes to Disney characters, the format, the voices, the animation style, storytelling, and pretty much everything else you can think of has changed over time, except one thing: Disney characters always have been and always will be unforgettable.

From the first, Mickey Mouse, to more modern staples like Jack Sparrow, to the Princesses, and beyond (Buzz Lightyear anyone), Disney has a way of making characters that we care about and connect with in a deeply personal and emotional way.  Disney characters find a way into our heart and take up residence there.

This strong attachment and nostalgia is why many people make the mistake of planning their Walt Disney World vacation around character experiences, meet and greets, photo ops, and meals. This happens to Disney newbies as well as seasoned professionals. Folks with kids are especially susceptible to this tendency – because for the kids, the attachment to the Disney characters is fresh and immediate, rather than distant and nostalgic.

While there are many worthwhile Disney character experiences at Walt Disney World Resort, it is important that you are able to prioritize, organize, and plan accordingly. Doing so will prevent your vacation from being marked by unoriginal photos, filled with costume character after costumed character, and half genuine smiles and waves from your family members unfortunate enough to find themselves in said photos. Not to mention you will have spent a huge amount of your vacation time waiting in line to get said mediocre photos.

So are all Disney character experiences worthless?  Should just avoid them altogether?  Absolutely not!

Part of the charm and the atmosphere that makes Walt Disney World the most magical place on earth is the characters. Disney characters being a part of your Disney vacation is part of what you pay for. It is just important that you remember the rest of everything that you’re paying for too.  Think: balance.

You don’t want to map out your vacation based on character interactions with a few stops in between. It should be the opposite.

If there is a Talk Like a Pirate Class hosted by Jack Sparrow on the way from your morning attraction to lunch, great! Stop by, you will have fun. If you are struggling and bending over backward to make that Talk Like a Pirate Class the focus of your morning, you may be doing something wrong. Let it go, there will be other chances to enjoy the animated and colorful characters all around you.

One great way to get your daily dose of Disney characters while on your Disney vacation is to arrange for one of Disney’s many character dining experiences. You will not only enjoy a fine meal, but also get that picture and some quality time with Winnie the Pooh, Snow White, or some other character. In addition, while you are waiting for the characters to stop by your table, you are spending family time chatting, enjoying a good meal, and making much more valuable Disney memories than “that one time when Cinderella took a picture with you.”

Character Dining experiences are available all around Walt Disney World resort. There is at least one character dining restaurant in each theme park, and some in the Walt Disney World Resort hotels. Depending on where you stay, you may be able to walk downstairs, rather than across miles of theme park to make your character-centric Disney memories.

The Grand Floridian Resort and Spa, for example, has the 1900 Park Fare, featuring Alice and Wonderland characters, while the Contemporary Resort has Chef Mickey’s – the always-popular experience featuring the classic Disney characters like Mickey Mouse, Minnie, Donald, Goofy, and more!

Plan Ahead For Character Meals

It is very important, if you choose to make character dining a part for your Walt Disney World Resort character encounters that you make reservations as far ahead of time as possible. You can make Advanced Dining Reservations up to 6 months in advance, and because character dining is so fun, delicious, and convenient for collecting Disney character snapshots, you need to. These restaurants fill up fast. You don’t want to have no other choice than to be stuck waiting in overly long lines for Disney characters because you tried another option and failed.

An Exception To The Planning Rule

An exception to the “don’t plan your trip around character encounters” rule is if you or your children have that special favorite character that they want to seek out. The one that they have been dying to meet since they first made their appearance in whatever Disney movie they came from. Maybe your son, who thinks he is a cowboy, will absolutely die if he doesn’t get his picture taken with Woody. Maybe your little girl would gladly wait in line for 100 hours to give Mulan a high five.

Or there is always the possibility that it is not your children who are dying to meet a character, but you. There is nothing wrong with this of course. Maybe “Pirates Of The Caribbean” is your favorite, or you have fond memories of watching Snow White and the Seven Dwarfs with your mom when you were little.  If you want to meet a character, then by all means take the time meet them, take a photo, and enjoy – and then move on with your vacation.

Disney World is a rich and diverse smorgasbord of experiences for you to share with your family. Be sure you try a variety of them.