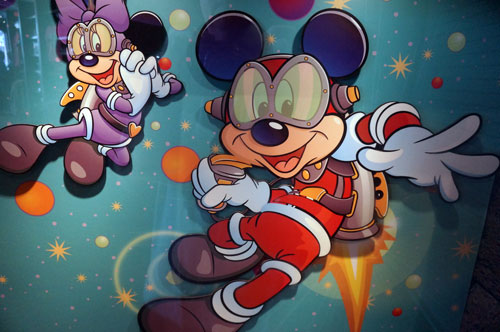 The Six Don’ts of Being a Disney Cast Member

Have you ever dreamed of working at Walt Disney World and being part of the 70,000+ strong workforce that makes magic and memories for families every day?

Being a Cast Member surely has its high points and low points, you might be surprised to hear that not everything is magical when you’re working for the Mouse. Having a job where you help to bring a smile to the face of a terminally ill child is amazing, while telling someone for the umpteenth time where to find the restroom can surely get old.

It takes a special person to be a Cast Member. It also takes lots of rules.

Disney has literally dozens of rules and regulations that each Cast Member must follow.

Disney’s doesn’t hire employees for jobs; they hire Cast Members for roles. This is an important distinction. Each Cast Member is a part of the show, and the show is filled with characters. Each character has a story, a personality, and a special place in the production. If you ask Ariel about the latest news on CNN, she won’t know what you are talking about. After all, she is a mermaid and mermaids don’t watch CNN!

Disney provides each Cast Member with extensive training through the “Disney Traditions” class. They are taught Disney lingo (you are ‘on stage’ if guests can see you, or ‘back stage’ if you are behind the scenes) as well as all the customs, beliefs, behaviors, and information that they need. However, even with extensive training, you can’t know everything. It also takes time to learn a new role. Even so, no Walt Disney World Cast Member is allowed to say “I don’t know” when a guest asks a question. They need to find the answer. They can call on their leader (manager) or they can call a special phone number to get help.

3 – Don’t Point with Just One Finger

Cast Members often need to point when they are explaining how to get somewhere, but they are not permitted to point with just one finger. They are instructed to point with their middle and pointer finger together, or with their entire hand. Why? In some cultures, such as the Middle East or Far East, pointing with one finger is considered rude. Also, some people may have visual difficulties and they can see multiple fingers or a hand more easily than a single finger.

Any type of intentional body modification that detracts from a professional image is not allowed including things like body piercings (except for earrings for women), earlobe expansion, or tongue splitting or piercing. Tattoos are not allowed either unless they can be covered completely and discretely at all times when on stage.

In addition to strict rules about tattoos and piercings, Disney has a complete list of appearance standards they call the “Disney look” which is designed to present a professional, classic appearance. Some of the details include:

Do you agree with Disney’s regulations for their Cast Members?