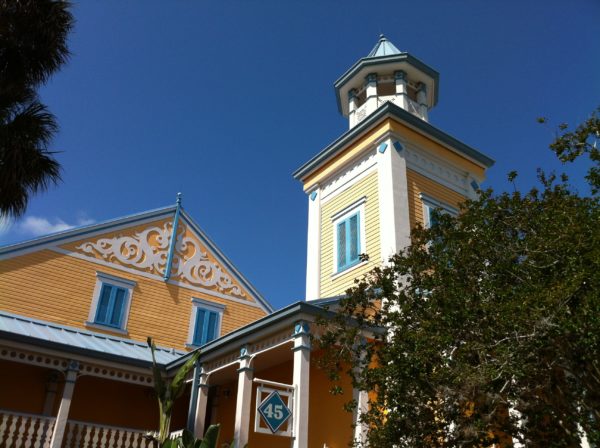 Disney’s Caribbean Beach Resort opened in 1988 as a Disney Moderate Resort, so it’s one of the oldest Disney resort hotels on property. It’s received some updates over the years, but it’s seems like it might just be time for a major overhaul.

Let’s take a look at what the permit covers and what some rumors are.

The permit that Disney recently filed confirms that there will be a multi-story building built in the Barbados section of the resort. In fact, much of the Barbados area will be replaced by this building.

There will also be six smaller buildings constructed in the area. These could be guest rooms, restaurants, public spaces, or any combination of those and other functions. Although it’s not clear what they’ll be used for, it’s seems obvious that Disney is not only rehabbing old areas but virtually rebuilding the resort!

According to the permit, Chelonia Parkway will also be realigned. This road is a major access point to Caribbean Beach Resort, and its realignment may suggest a new entrance to the resort.

This resort is near Epcot and Disney’s Typhoon Lagoon water park, and there is a rumor that Epcot could receive a new entrance, much like the International Gateway. This rumor has been around for quite some time, but the wording of this permit has led many to believe that it could be happening with this renovation at Caribbean Beach.

This entrance could be a waterway allowing guests to ferry between the resort and the park or it could be an elevated walkway crossing the Buena Vista Parkway.

This alone – more convenient access from the resort to Epcot – could be a game changer for this area of the property.

Another rumor has to do with adding DVC villas to Caribbean Beach Resort. The rumor started because Disney used height test balloons to check for sight lines. The height of the balloons suggests that the upper levels of the multi-story building discussed above could have views of Epcot’s nighttime show, IllumiNations: Reflections of Earth.

If these rooms are built as Disney Vacation Club rooms, they would be the first DVC accommodations to be located at a moderate resort. Disney may also choose to break their own rules and transform Caribbean Beach from a moderate resort to a Disney Deluxe Resort. This has never happened before, but Disney has never rebuilt an entire resort before either.

Of course, that would raise prices at this resort and continue the trend of Disney raising prices and catering to the wealthier demographic. It would be awesome if Disney created a moderately priced DVC location, though. It could make the DVC accessible to a whole new market!