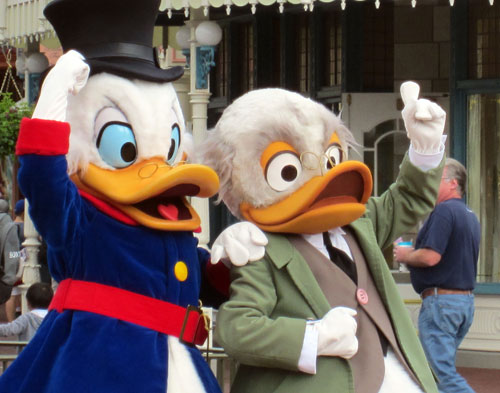 Disney by the Numbers – Interesting Facts and Figures

However, do you know just how much money they made in 2014?

Do you remember how many Oscar’s Walt Disney won?

Do you know how many people work for the Walt Disney Company?

Disney by the numbers is an interesting look into the statistics behind this beloved company.

22 – The number of Oscar awards Walt Disney personally won. This is more than any other person in the history of the award.

$7.5 billion – The total amount of profit the Walt Disney Company created in 2014.

2016 – The year that Disney is scheduled to open its first theme park in Shanghai, mainland China.

$1 billion – The amount of bailout money allocated to fix up Disneyland Paris, which has long suffered from poor attendance and debt problems.

$2.5 billion – The amount of profit generated by the Parks and Resorts division, which includes theme parks, cruise lines, and the Disney Vacation Club.

$1 billion – The amount of income that the Disney Consumer Products division generated last year. This is the largest licensor in the world, allowing companies that create books, toys, and clothes to use Disney characters on their products.

99% – The number of US households that have access to Disney’s ABC television network.

34 – The number of languages in which Disney television and cable broadcasts on 100 channels across the globe.

3x – The approximate amount by which the company stock has increased over the past ten years, growing from $28 per share then to the $90s now.