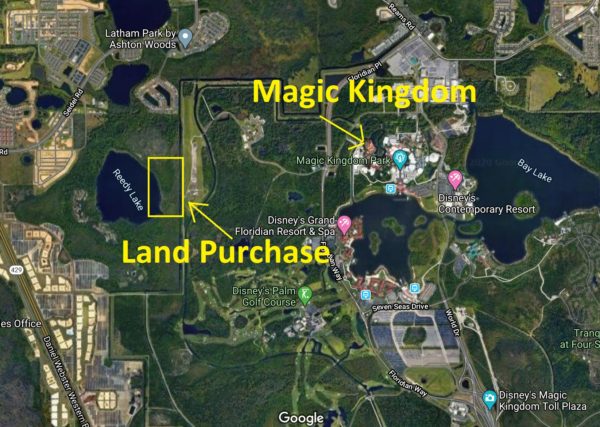 Disney Buys 26 Acres of Land Near The Magic Kingdom

The Walt Disney World resort is shuttered and we don’t know when it will reopen, but it seems the company is still looking ahead to the future.

The newly purchased land is located west of the Magic Kingdom and hugs the shore of Reedy Lake.  This new parcel is next to 235 acres that Disney purchased in December for $6 million.  That purchase was about $25,000 per acre.

Disney has not commented on its plans for the land.  The land could be used to offset land otherwise set aside for environmental purposes, could be used as a buffer to keep out the rest of the world, or could be used for new development.

Disney has made several land purchases in the past years, including 965 acres in December of 2018 and 1557 acres in January.

How should Disney use its newly purchased land?