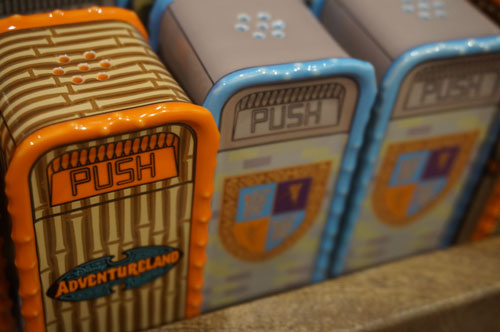 Would you believe that much of the unused food waste generated by the 50 million people who visit Disney World each year ends up being turned into clean electricity?

How is that possible?

Disney collects food waste from selected restaurants around Disney property. This includes grease, used cooking oil, and table scraps. They mix the food with something called biosolids, which are organic materials that remain after sewage is treated. Microorganisms then take over and generate biogas which is a mix of carbon dioxide and methane. Generators burn the biogas to generate electricity.  In addition, the solids that remain behind can be turned into fertilizer.

The idea of turning left over food into energy may not seem very magical, but creating something useful from leftover food and sewage is not only a good idea financially but it also helps to use material that would otherwise end up in a landfill.

A clean-tech start-up company called Harvest Power created the facility for Disney World. It states that its goal is to turn “waste into wealth.”

In the end, Harvest Power helps Disney make or save money in three different ways.

First, they reduce the amount of waste they have to dispose.

Second, they generate electricity for their own use or to sell to the local utility. In this case, Disney operates its own electrical generation facility.

Third, the remains of the product can be used as fertilizer.

A Harvest Power representative mentioned that it cost about $30 million to build the biogas facility at Walt Disney World. However, the company described the operation is profitable and said it will make even more money once they start to generate fertilizer from the operation.

Each year, the facility processes 120,000 tons of waste material and generates more than five megawatts of heat and electricity. That’s enough to power about 2,000 homes. However, it is just a small fraction of the overall electricity that the huge Walt Disney World complex uses. Some sources estimate that Disney uses approximately 60 megawatts of power each day.

While biogas electrical generation is quite common in Europe, it is still relatively rare in United States. It is interesting that Walt Disney World is an environmental pioneer when it comes to turning left-over food-waste into useful electricity and fertilizer.

Are you glad your left over food at Disney World becomes electricity?