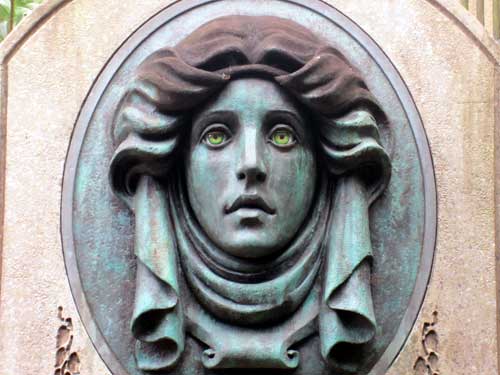 Your child is FINALLY tall enough to ride Expedition Everest. I get it. You really, really want your little one to enjoy this attraction as much as you do. But maybe, just maybe, even though your tough little guy or gal is tall enough to ride, they still aren’t up to the challenge of handling all that comes with the attraction.

Take it from someone who’s made a few of these mistakes in Walt Disney World before, there are some attractions (height requirements off the table) that young children just aren’t able to do without possibly losing their little minds.

The last thing you’ll want is to have an attraction scare off your child. A kid who is afraid to go on attractions in Walt Disney World can be a big problem and can make those magical days a little less, well, magical to be quite honest! Here are some Attractions To (Maybe) Skip With Young Kids.

Here’s one of my biggest Disney Dad mistakes: My daughter loved Mary Poppins, she thought The Wizard of Oz was amazing, and I knew she would just love seeing these movies up close and personal on the The Great Movie Ride.

What I didn’t factor in was that it’s a 22-minute attraction that has a snarling, people-eating alien right in the middle of the thing! That’s right, the poor guests around me and my then four-year-old daughter got to hear her screaming and crying for a solid 11 straight minutes.

And while they all were nice about it and would turn and smile and shake their heads, I’m sure they secretly were thinking, “Why on Earth would that terrible father bring a child on this attraction?!” Or at least that’s what I was thinking to myself! I felt horrible for forgetting just how scary the Alien scene could be to someone who was afraid of Pete when he dressed up like a witch on Mickey Mouse Clubhouse! If your little ones are like mine, it might be best to save GMR for when they’re a little bit older!

So the height requirement for Dinosaur is only 40 inches, which might lead you to believe it’s not all that jarring or scary for kids who are tall enough.

Here’s the thing, Dinosaur still scares my wife (who let’s just say is over 25; I’m not getting in trouble here), and she screams through the attraction almost every single time.

It’s dark, there are some loud noises, and hey, there are dinosaurs doing dinosaur things! Not to spoil it for you guys that haven’t had the chance to ride it, but there are a few scenes where dinosaurs seem to come out of nowhere and they definitely aren’t very quiet about it!

Over WDW Marathon Weekend 2016 I had the opportunity to take my now five-year old daughter on this one and she said she loved it, but after getting one look at our on-ride photo (where she was screaming with her face in her hands!) I have a feeling she likes to talk a big game (in my defense though, she BEGGED to go on this one all trip)!

So if your kids are afraid of the dark or not in love with dinosaurs chasing them around, maybe sit this one out until they can handle it.

Look, this one may not seem that obvious, but It’s A Small World can be terrifying for little kids!

It’s A Small World isn’t even a little bit scary (especially since Disney Imagineers gave the sad clown in the balloon a makeover in 2004-2005 and made him a lot happier)!

Please make sure everyone in your traveling party gets a chance to experience this iconic attraction and has the same opportunity to have that song stuck in their heads for the entirety of their vacation!

Oh, and here’s a fun fact of IASW for you: Since Disneyland Paris’s version opened in 1992, the song “It’s A Small World After All” is now playing in at least one theme park 24 hours per day, 365 days per year!

This one might seem like a bit of a joke, but I’m being completely straightforward here. While the attraction is very calm, light, and relaxing, there are some elements that could be a little scary, especially for kids 3 years old and under.

In two sections of the TTA, your attraction vehicle will be traveling through complete and total darkness. Like can’t see your hand in front of your face darkness! I didn’t even think of it before we brought our 3 year old twins on it last month (I know, I know, Father of the Year over here)!

While our son was singing and whistling along, his twin sister was screaming her head off and totally shocked by the complete lack of light.

The PeopleMover always has a short line and is constantly moving so it shouldn’t be hard for those in your party to duck away from the kids for ten minutes to get your ride in if you think the dark might be a little too much for them!

“When hinges creak in doorless chambers and strange and frightening sounds echo through the halls” your children will be scared out of their minds!

All kidding aside, this classic attraction is pure gold for anyone who can handle the fun, silly, somewhat spooky atmosphere, but I wouldn’t recommend it for any child between the ages of 2 1/2 to 5.

My wife and I would carry our toddlers in and put them on our laps where they would clap along to the music and love the experience, but once they started getting old enough to understand the scare-factor of it, we gave the attraction a break for our family.

I think we may try it on our next trip with our oldest daughter, but it can be dark, loud, and pretty intense for some young children.

I know I’ve seen guests taking their children through the queue with the thought, “Hey, it’s Disney, it’s supposed to be for kids.” Don’t make that mistake! Trust me, I’ve been there. While meltdowns happen in WDW all the time (from both kids and adults alike!), it’s probably best to do everything you can to avoid them in the first place!

Disney Can Be Scary For Kids

I didn’t mention all of the ones that might scare your children, but as a general rule of thumb it’s best to avoid the attractions that you think might be a little too intense. Only you know your child and his/her limitations so yours might be able to handle WAY more than mine can (or than my wife can, for that matter)!

I do know one thing for sure, though. Man, am I glad the Evil Queen spinning and changing into the old hag is gone along with Snow White’s Scary Adventures! When I was in Disneyland over the summer and rode that attraction out there, I forgot all about how scary that part of the attraction can be, even for a grown man!

Is the Haunted Mansion is too scary for little kids?