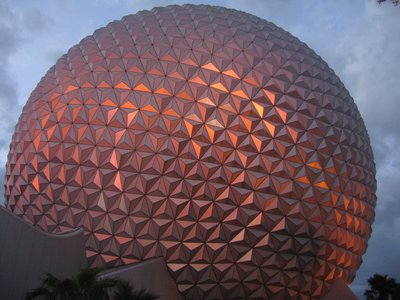 A first, second, third, or even fiftieth visit to the park can be overwhelming – trying to sort out what you want to see, do, eat, drink and buy. Never fear! Here is a comprehensive, at-a-glance guide to some of the absolute must experience Disney attractions at Walt Disney World Resort!

Walt Disney World Resort can be broken down into 4 theme parks, the ever iconic Magic Kingdom, the chic, sleek, culturally inclusive Epcot Park, the compact world safari Animal Kingdom Park, and the pop culture paradise Hollywood Studios Park! Each theme park offers its own unique decoration, appeal, and fun for everyone to offer.

The Animal Kingdom is Disney’s newest theme park. It hosts 1700 animals from 250 different species in over 500 acres of land, making it like a mini safari! It has animals from all over the world, including Africa, Asia, and even Dinosaurs. A few must sees in this animal lover’s dream park are:

This action packed, time travel ride is a can’t-miss, must experience thrill feature giant animatronic Dinosaurs coming out of a thick jungle right at you! Your child and inner child alike will get a genuine rush upon seeing the giant creatures of your childhood dreams brought to life as only Disney can – seemingly, magically!

Attraction: The Tree of Life

This giant iconic sculpture is truly a wonder to behold. Towering nearly 150 feet tall and featuring over 300 different animals, taking some time to study this work of art will help you appreciate the artistry and master architecture that goes into the building of every Walt Disney World Resort attraction.

Show: The Festival of the Lion King

The Festival of the Lion King is a Broadway-style musical revue featuring a mastery of costume, lighting, and performance combined to make a one of a kind show will wow you and your family beyond your wildest dreams! This show, based both on your favorite “Lion King” movie characters and a few more new ones too! This interactive show will have you singing and dancing along – and most importantly, having a blast!

This glamorous behind-the-scenes look into the world of the movies featuring classical decorations in the style of the Golden Age of Hollywood, is one of Walt Disney World’s underappreciated parks. This probably has to do with the fact that they share Orlando with Universal Studios. This being said, Disney’s Hollywood Studios has much to offer attendees, from casual movie goers to die-hard fanatics:

The Great Movie Ride transports you to the middle of you favorite movies of all times. You’ll find yourself in the middle of such classic films as Casablanca, Indiana Jones, and even scary favorites like Alien. Through the use of audio-animatronics, real movie footage and mind blowing special effects, you’ll feel just like a real movie star journeying across the decades!

If you’ve ever wondered how all of your favorite movie effects are done – and let’s face it, who hasn’t? – This is the tour for you. This 30-minute tour explores soundstages, prop warehouses, and even allows you to take part in creating mind blowing water and pyrotechnic effects! This tour is a once in a lifetime experience that you will not regret being a part of!

Ever wondered what it feels like to work on your favorite TV or movie sets? Well, the Backlot Express enables you to feel like “one of the guys” in the art department, hanging out in the prop shop and munching on gourmet sandwiches. A fun and completely unique themed restaurant with reasonable and, of course, delicious lunch fair!

The Magic Kingdom is the iconic theme park that was the first to be built in Walt Disney World Resort. Being thus, it holds the most “Disney”-esque attractions of all of the theme parks. It contains classic rides like the “Small World” ride, fantastical architecture like the Cinderella Castle, and even fun newer things like the Bibbity Bobbity Boo Salon that does Princess Makeovers in the Cinderella Castle. Here are a few often-overlooked attractions offered by the Magic Kingdom.

You and a friend can soar over Tomorrowland, taking in a spectacular view of the park; in the Astro Orbiter you can control your ship with a joystick and meanwhile will be orbiting a brightly colored sculpture of an old school model of planetary motion.

This nightly fireworks show – though the details vary by season – is the most spectacular in the world barring none. Hosted by Jiminy Cricket, this show is a fantastical journey that some of your favorite Disney characters will take with you. Set to a beautiful soundtrack, this fireworks show is a sensory experience you will never forget.

Agrabah Bazaar has unique and exotic items from marketplaces in foreign countries. It is one of the most exciting shopping opportunities available to you at Walt Disney World Resort, which, contrary to what you may think, has dozens of shops that sell exciting things that go above and beyond character merchandise.

Besides this rundown of three of Disney’s amazing theme parks, Walt Disney World Resort offers all sorts of attractions and adventures. Besides their world renowned theme parks, you can also enjoy Disney’s Typhoon Lagoon Water Park and Disney’s Blizzard Beach Water Park – the two most visited water parks in the world. Other must-sees at Walt Disney World Resort include the sprawling ESPN Wide World of Sports Complex, the permanently installed Cirque Du Soleil La Nouba show and the “live it up” nightlife of the Disney Springs Area.

So, while you are enjoying a stay in one of Disney’s finest resort hotels, appreciating the savings offered by your vacation package, and making some special memories with your family, be sure to take enjoy all of the attractions that put Walt Disney World Resort in Orlando, Florida ahead of the game when it comes to theme park resorts.