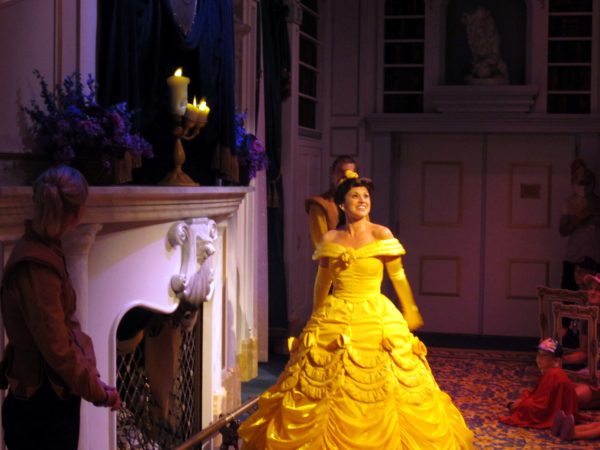 Belle with Lumiere in the library in Enchanted Tales With Belle

The Walt Disney Company reported that its second-quarter sales were up, but its earnings were down and missed analyst’s expectations.  Disney’s second-quarter represents January – March 2020.

Earnings per share were 60 cents vs. an expected 86 cents.

The Coronavirus led to a 58% decline in operating income for Disney’s Parks, Experiences, and Consumer Products group.

Disney announced it will reopen the Shanghai Disney Resort on May 11, but does not yet have a date for reopening Disneyland or Walt Disney World.  That said, we’ve seen reports of activity in Disney Springs that could indicate a reopening there.

Disney delayed the theatrical opening several movies, including the live-action remake of “Mulan” as well as Marvel’s “Black Widow”.

The Disney+ streaming service now has 54.5 million subscribers as of May 4, just about six months after the service started in the US.  This was definitely a bright spot in the company’s finances.

Disney Chief Financial Officer Christine McCarthy said they will stop the semiannual dividend payment previously scheduled for July.  That will allow the company to keep about $1.6 billion in cash

Disney will also reduce capital expenditures by $400 million compared to last year for 2020.

Do you think Disney revenue will grow later in the year?