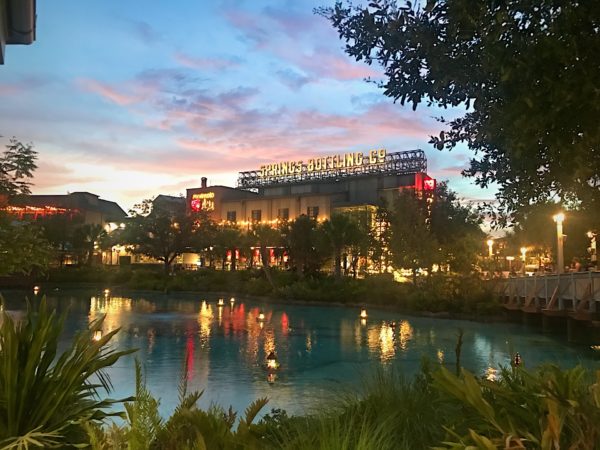 Disney World and Brightline trains have announced an agreement to build a new train station at Disney Springs.

Brightline’s expects to complete its extension from West Palm Beach to the new Orlando Airport Terminal C in 2022.   That rail line should allow for a three-hour train ride from Orland to Miami, vs. the typical four-hour drive.

Disney has conditions in its agreement with Brightline that it needs to complete certain milestones and get necessary government approvals.

Neither Disney nor Brightline have announced dates when the construction might begin, or how they will finance the project.  The project could take two to three years to complete after construction begins.

The proposed station at Disney Springs will have a lobby on the ground level and passenger facilities and a train platform on the upper level.  Disney stated that the location will be close to the theme parks and resort hotels, and specifically Disney Springs, but did not reveal the exact location.

Brightline will offer a car-free connection to the millions of visitors from around the state and the world who plan to make Walt Disney World Resort part of their vacation plans.  Our mission has always been to connect our guests to the people and places that matter, and Walt Disney World Resort is a tremendous example of this.
–  Patrick Goddard, president of Brightline.

Back in 2018 the Florida Department of Transportation (FDOT) and the Central Florida Expressway Authority, which manages many toll roads in Central Florida, gave Brightline the rights to connect Orlando International Airport and Tampa.  There is no proposed route for the connection to Tampa at this time.

Excited about a new high-speed train station at Disney Springs?