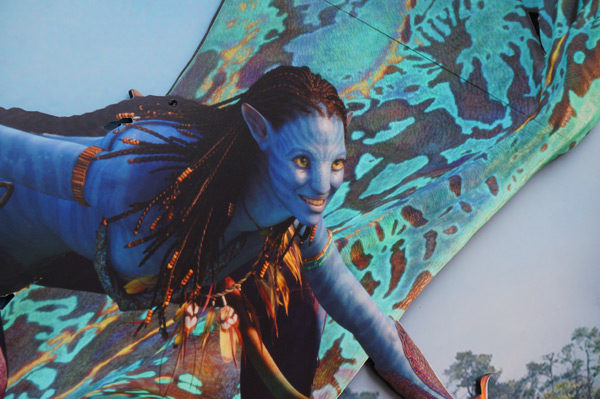 Disney World fans have been waiting patiently for the completion of Pandora- Land of Avatar and Rivers of Light in Disney’s Animal Kingdom and the yet unnamed Star Wars Land and Toy Story Land in Disney’s Hollywood Studios.

While you’ll have to wait a bit longer for some, others are coming very soon.

Let’s take a look at when Disney expects to open these attractions!

Construction on Pandora began several years ago, and construction took a lot longer than most fans expected. The land is very technical and it’s literally something that has never been done before. Imagineers had to create technology and architecture that is completely new.

However, Disney has announced that Pandora- The Land of Avatar will finally open on May 27, 2017, which is the Saturday of Memorial Day Weekend. Although this is an official opening date, Disney is known for quietly opening attractions long before the official date. It’s safe to assume that there will be at least a short soft opening before Memorial Day especially since this is one of the busiest weekends in the parks.

Disney says there will be Cast Members stationed throughout the land to educate guests about plant life and environmental details and there will even be some who know the Na’vi language.

The bottom line is that you’ll be able to visit Pandora in the next couple months!

Ever since it opened in 1998, Disney’s Animal Kingdom has lacked a nighttime spectacular. There were smaller entertainment options but nothing truly climactic to close out the evening in the park.

Disney has recently held a couple private events during which Rivers of Light was shown. Although a few tweaks have been made between events, there haven’t been any technical difficulties. Presumably, these events are to allow for adjustments to make a complete show that’s ready for the public.

As early as this weekend, Cast Members are scheduled to staff the Rivers of Light Theater. Since it wouldn’t be a smart financial decision to staff an empty theater, one can only assume that Rivers of Light will open this weekend. However, I have no inside information on that, and Disney hasn’t made any official announcements.

Disney’s Hollywood Studios has seen a lot of restaurants, attractions, and stores shuttered to make way for the highly anticipated, and yet unnamed Star Wars Land. They even removed a park icon: the Mickey Sorcerer’s Hat.

Even though Disney has been steadily introducing new Star Wars attractions like the Star Wars Launch Bay and Star Wars: A Galactic Spectacular, it seemed like a total area opening was a lifetime away.

It doesn’t even seem unreasonable to target a Christmas 2018 soft opening especially in Disneyland, but some industry followers say they expect Disney World’s Star Wars opening to be delayed until 2020.

Regardless, you can rest assured that Star Wars (and Pandora for that matter) will feature mind blowing, groundbreaking theming and attractions in a totally immersive environment. You literally have never seen anything like it.

The announcement of a Toy Story Land also coming to the Studios was big news at the time, but it seems to have taken a backseat to Star Wars. Disney hasn’t announced an opening date or even a target completion date, and it seems like very little work has been done. However, some experts suggest that it could open as soon as summer of 2018 soon if Disney hurries up, and there are a couple reasons for this.

First, you should have much lower expectations for Toy Story Land. It’s not going to have the wow factor that Pandora and Star Wars will, but that’s primarily because of the theme of the land. It is a toy land, so there’s no elaborate theming or story, and the rides are more of the amusement type rather than the theme park type. However, it will diversify the attractions available at one of Disney’s least popular parks.

Will you visit Pandora when it opens?