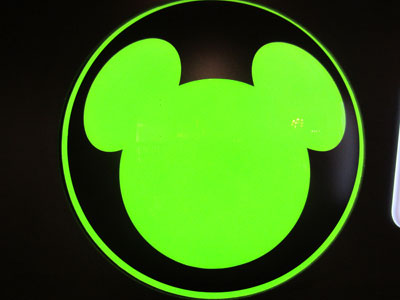 Have you ever remodeled a kitchen or bathroom or have you had a list of errands you needed to run on a Saturday, but weren’t able to check them all off your “to do” list?

In both of these situations, you likely wanted to get something done but then found out that you couldn’t quite make it happen as you had hoped.

Welcome to the real world. Welcome to the world that Disney is experiencing with its MyMagic+ roll out: too much to do, and not enough time to make it happen. In Disney’s case, the issue is on a grand scale with an estimated cost of more than $1 billion.

According to reports, Disney’s implementation of the ambitious NextGen / MyMagic+ project has fallen behind schedule. Disney has been working on the project since at least 2008, but much of the investment in new systems and equipment has happened over the past few years.

Disney executives originally hoped to finish the roll out by the end of Disney’s financial year in September 2013, but that didn’t happen. Now, executives are not suggesting a new deadline. In fact, executives like Jay Rasulo, the company’s Chief Financial Officer, are making statements that the project is still very early on – perhaps in an attempt to reset expectations.

Tom Staggs, the Chairman of Walt Disney Parks and Resorts, is quoted as saying the roll out schedule was designed to be flexible and that all along Disney planned to make adjustments based on guest feedback. He said that the company was making modifications based on what it is hearing from guests.

Disney has spent about $6 billion in the past five years on a number of huge projects, including a complete remodel of Disney’s California Adventure, the Aulani Disney Vacation Club resort in Hawaii, two new cruise ships in the Disney Dream and the Disney Fantasy, and the new Fantasyland in the Magic Kingdom.

Financial analysts were counting on the money-making power of MyMagic+ to start kicking in so that Disney could see a payback in 2014, but that probably won’t happen until at least 2015.

While nobody inside the company is talking about the problems with the project, it is easy to understand why Disney isn’t on time.

Remember the example of kitchen remodeling or running errands at the top of this article? Remember how it is hard to stay on time and in budget? In the case of Disney, they are creating completely new processes, inventing new technologies, and working with huge computer systems that make the design and roll out of NextGen monstrously complex. Monstrously complex projects are notoriously over budget and behind schedule.

Disney is probably being smart in taking the time to work out all the issues with their systems before widely rolling out the project. People who visit Disney World expect things to work smoothly, and dealing with computer bugs and ruined vacations will do much more harm than pushing out a half-baked system a few months early.

Given the high expectations from guests and accountants alike, Disney can’t afford for the system to go wrong.

Are you surprised that MyMagic+ is delayed?