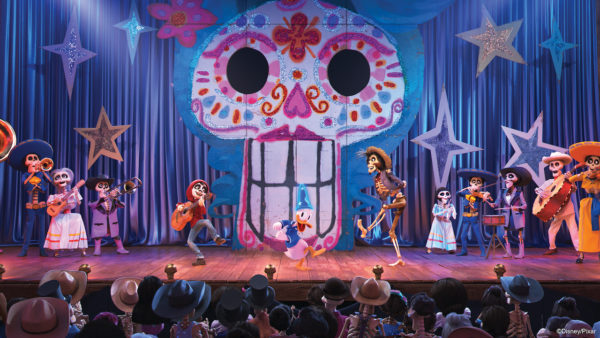 For the first time ever, Disney is updating Mickey’s PhilharMagic at the Magic Kingdom, Disney California Adventure, and Disneyland Paris.

The update will arrive first in California and Europe on July 17, 2021, and will arrive in Florida later in the year as part of Walt Disney World’s 50th Anniversary.

Disney will add a new scene featuring characters from the Disney Pixar film, Coco.  The new scene will feature the song Un Poco Loco.  This will be the first time that Pixar Characters and Disney Characters appear together.

One of Coco’s original composers, Germaine Franco, will score the new song.

Looking forward to the Coco addition to Mickey’s Philharmagic?