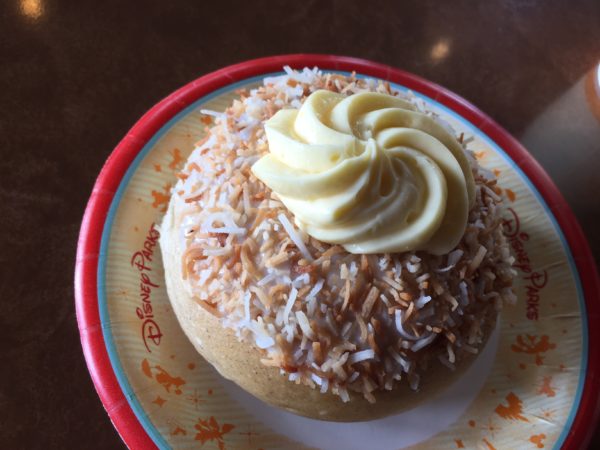 Epcot‘s World Showcase is home to eleven different country pavilions that bring culture and cuisine to one place making it easily accessible without the passport and plane tickets.

Each country serves up food and drink from Cast Members native to that country. They speak the language, and they know the food, so you’ll get the most authentic experience possible. Obviously, you’ll want to try something in each country, and it’s hard to blame you.

“But eating in Disney World is expensive”, you might be thinking to yourself. Sure, it can be, but I’m here to tell you that it doesn’t have to be. You can spend as little as $5 in each country and still try some amazing eats.

Let’s take a look at what Mr. Lincoln can get you in each country in World Showcase.

If we’re eating around the world, it’s going to help to go in order, and if we’re abiding by my favorite tour guide secret, we have to turn left. That means we have to start in Mexico.

Mexico is one of my favorite pavilions in World Showcase because it feels so authentic. Our stop here will be at La Cantina de San Angel, which serves up classic Mexican favorites.

Check out the Churros, which are served with caramel sauce. For just $4.25, you’ll treat yourself to a true Mexican treat, and you don’t have to cross the border to get it.

The next stop is Norway. This country is known for their food and especially for their sweets.

To honor this, we’ll be stopping by the Kringla Bakeri Og Kafe and pick up some school bread. This donut-like snack consists of a sweet cardamom bun filled with vanilla crème custard and topped with a sweet glaze icing and toasted coconut. At just $3.49, it’s well under our $5 limit. If you want to splurge, check out some of the Norwegian coffee.

Joy of Tea in the China Pavilion is known for their wide selection of tea from the delicate and refined to the strong and bold, but this is a food journey, so we’re going to try something else off the menu.

The Curry Chicken Pocket has a light, flaky crust brushed with butter and topped with sesame seeds. The chicken inside has just the right amount of curry flavoring. At a price of $4.50, it’s a good addition to our five-dollar feast.

There’s a lot to love in the Germany pavilion. It’s one of the most authentic pavilions in Epcot with some Cast Members noting that the food here is just like what their mom and grandmother make at home.

To try out this home cooking for ourselves, we’ll be stopping by Sommerfest. A great selection here is the Nudel Gratin, which is a baked macaroni with cheese custard. It doesn’t get much more German than mac and cheese! This dish is available for $4.29.

Italy is one of my favorite countries in World Showcase partly because of the amazing pizza, which is hard to come by in Disney World. However, you can’t get that for less than $5.

Instead, we’ll be stopping by Gelati, the quick-service dessert location on the promenade. Yes, they serve Italian gelato, which is incredible, but that’s also more than $5 – though it’s not too much more. We’re going to order the cannoli, a classic Italian dessert made of crist pastry filled with sweet ricotta cheese, chocolate, and candied orange. This is less than $5 ringing in at $4.75.

The American Dream is alive and well in Disney World, and in more than just the ability to enjoy an amazing vacation. The Fife & Drum Tavern in The American Adventure pavilion is patriotic even in its food offerings.

Here, you’re going to try The American Dream for yourself in the form of frozen strawberry slushie, frozen vanilla ice cream, and frozen blue raspberry slushie. At $5.25, it’s just a little over our $5 limit, but, trust me, it’s worth it!

Our next stop is Japan‘s Katsura Grill, which is, like the rest of the pavilion, quiet and serene. Here, you can find Green Tea Cheesecake. It sounds strange, and it looks even stranger because it is actually a light shade of green. However, if you can get past the color, you’ll find that the flavor of green tea is light and adds a good sweetness to the vanilla cheesecake.

Grab your cheesecake for $4.50, and take a seat outside where you can listen to the taiko drums.

Tangierine Café is consistently voted some of the best counter service food in all of Disney World, so to get something here for less than five dollars is surprising. Nonetheless, you can get something very delicious here for just $3.99!

The Tangerine Couscous salad is a delicious blend of couscous with a variety of spices and vegetables plus orange juice, pieces of tangerines and mandarin oranges, and raisins. You can buy it alone or you can spend a little more and add it as a side.

Les Halles Boulangerie-Patisserie is a French bakery in the France pavilion. It was so popular that the former version (Boulangerie Patisserie) outgrew it’s original space and needed to move to the larger space we know and love today.

There’s a lot of variety here from soups, salads, and sandwiches to fresh pastries. With so many options, we’re going to pick up two snacks here because, well, it’s hard to choose just one! Plus, nearby Canada doesn’t have much to offer in the quick-service department, so we’ll pick up that stop here.

First, let’s try the Croissant jambon fromage, which is a ham and cheese croissant with béchamel sauce and topped with more cheese. For $4.75, this definitely counts as lunch or dinner and at a great price.

Next, check out the napoleon, which is a flaky chocolate puff pastry filled with a light cream filling and topped with a swirled glazed sugar fondant. It’s $4.25 worth of delectable delight on a plate.

United Kingdom is always a favorite stop in World Showcase, and part of that is because of the Yorkshire County Fish Shop, which has some of the best fish and chips in Disney World. However, we’re on a strict budget, and we’re just trying some things, so let’s stick to the plan and get the Victoria Sponge Cake.

Victoria Sponge Cake consists of two pieces of yellow sponge cake put together like a sandwich with jam and buttercream in the center. It really tastes like the childhood favorite: a twinkie! At just $4.29, it fits in our budget, and it’s delicious!

If you took this adventure around the world, you’ll definitely satisfy the rumbly in your tumbly, as Pooh would say, and you won’t break the bank. Eating everything on this list adds up to less than $50. For a day full of tasty treats, that doesn’t seem like a bad deal!