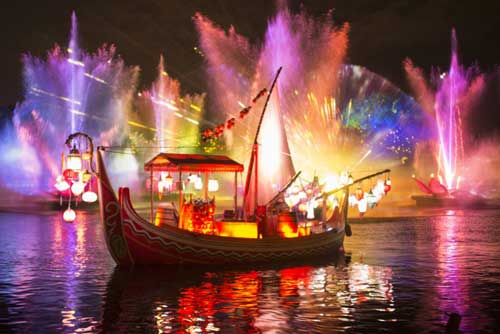 Did Disney Already Make A Huge Mistake With Rivers of Light?

In 2011, Disney announced that Animal Kingdom would undergo not only a massive construction project but one that would make Disney’s Animal Kingdom an all-day park.

Since the park opened in 1998, it has almost always closed before dark.

That is now changing.

Pandora The Land of Avatar

When Disney finally broke ground on Pandora in 2014, construction walls made up the centerpiece of the park where serene nature once dominated the landscape.

Although the project was supposed to be completed by 2015, Pandora the Land of Avatar is now set to open in 2017, a year after the movie sequel is released.

But it’s not just Pandora that we’re waiting for. Although this new land will have a huge impact on what guests can do in the evening hours, Disney will finally premier a nighttime show in a park that will be close to 20 years old by the time of its completion.

The new nighttime show will be called Rivers of Light and will open – well – sometime.  It was supposed to come this summer, but now is delayed – perhaps to the fall.

The show promises a full visual experience with light from Chinese lanterns and fireflies, water effects, and images of animals. It sounds incredible, and Disney is hoping that guests will want to stay late and see the show. They’ve even added new restaurants (Tiffins and the Harambe Market) to accommodate people who will want to eat and drink after dark.

In fact, Animal Kingdom has already seen an increase in attendance since they announced the project, and it’s now the third most visited park at Disney World, rising above Disney’s Hollywood Studios.

It doesn’t take an expert to predict that the trend will continue when Pandora opens next year.

There Is A Problem

Rivers of Light will be seen, in its purest form, from an amphitheater that only seats 5,000 people. Yes, there will be viewing areas outside of the theater, but these views will be partially obstructed.

When you consider that Fantasmic seats 6,900 and Wishes at the Magic Kingdom and Illuminations at Epcot‘s World Showcase are nearly infinite, that’s a big issue.

On an average day, Animal Kingdom can host 30,000 guests with the potential for that number to double on busy days and holidays. Even if there are two shows, that means that less than half of the park’s daily guests will be able to appreciate the show as it was intended.

Since there’s no additional cost to see Rivers of Light, that may not be a show stopper, but it does create a domino effect. If guests know they’re not going to get into the outdoor amphitheater, they may just leave to go to another park. This means they won’t be spending their dollars on food and drinks in the new restaurants, and until Pandora opens, there won’t be as much to do after the animals head in for the night.

Did Disney make a huge mistake in planning capacity for Rivers of Light?

Perhaps, but they’ve also learned from their mistakes in the past and they’re known to keep secrets until the big reveal. In this case, maybe we just have to wait until the show opens to see what happens.

Are you looking forward to Rivers of Light at Animal Kingdom?