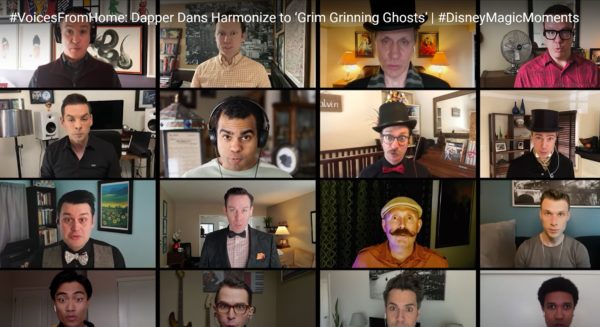 Disney continues to bring us some #DisneyMagicMoments as Disneyland’s Dapper Dans sing a favorite from the Haunted Mansion, “Grim Grinning Ghosts.”

This Disney classic was composed by Buddy Baker.  Disney Legend X Atencio created the lyrics which can be heard in Disneyland, Walt Disney World, and a few other places, including an appearance in the 2015 Disney/Pixar film Inside Out.

Happy to hear the Dapper Dans?