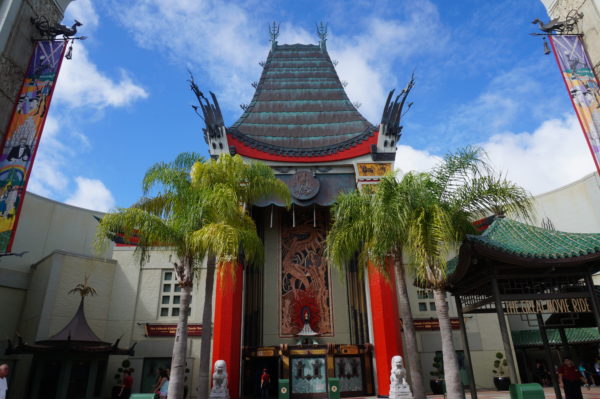 The Great Movie Ride Without Hat

The Top Ten Announcements to Expect from D23 2017

D23 is a conference for Disney fans that takes place every other year at this time. The conference includes announcements for Walt Disney World Resort in Florida and Disneyland in California.  It often brings big news to excited fans.

In the past, rumors have leaked weeks before the conference, and this year is no different. Disney remains tight lipped about what they will actually announce, so none of this should be taken as truth until the rumors are confirmed or dispelled.

Traditionally, Disney has tried to downplay the Expo warning prospectors that there wouldn’t be anything new announced, but even Disney has gotten in on the rumors this year.

Will we get some really big announcements?

This year, the conference takes place from July 14th to the 16th, so we’ll have to wait until then to find out what is really going to happen!

That said, here are some of the items that we expect (hope?) to hear:

Primarily, this will include updates for Star Wars Land, which will provide an exclusive look at the land under construction and at personal stories of Imagineers working on the land. Plus, there will be a detailed model showing the “overall vision” of the land. Star Wars will be the center of attention, and the show floor of the Anaheim Convention Center will be called “A Galaxy of Stories.”

Toy Story Land is also coming to Disney’s Hollywood Studios and has, at least until now, received less publicity than Star Wars Land.

I expect that Disney execs will announce a time frame for completion including an opening date for Toy Story Land – especially since construction on the rides in Toy Story Land is well underway.

Most people suspect that the opening date will be in 2018, which will bridge the gap between the Pandora – World of Avatar opening and the Star Wars Land opening.

Toy Story land is significantly smaller and less ambitious than either of its bookends, but there are plenty of people who are excited about it (including me!).

Disney Cruise Lines have been in the process of updating their fleet, and they’re even supposed to be adding two more totally new ships to the fleet coming in 2021 and 2023. Since it’s still pretty far away, there probably won’t be many specifics, but they might announce the names of the new ships.

During this process, Disney had to, by law, disclose their intentions for the park. They said that their 10-year plan is to invest $2 billion dollars and introduce Marvel attractions and entertainment.

Since these disclosures have already been made, the D23 Expo seems like a good time to announce specifics. A Guardians of the Galaxy attraction seems appropriate since it’s already proven popularity in Disneyland and it would be inexpensive and quick to produce.

What’s more, this is all taking place as Disneyland Paris celebrates its 25th Anniversary. If this park is going to have the staying power that Disneyland and Walt Disney World have had, it’s going to need a lot of work.

The only reason an announcement might not be made is because few Americans care about Disney Parks outside of the country. Also, if the announcement is made in France, it might be a sign of goodwill with the French audience especially since the relationship is already delicate. Slighting the French could mean bad news for Disneyland Paris.

Walt Disney World is approaching a monumental moment in its history: the 50th Anniversary. The 25th Anniversary was a nostalgic look back at guest memories, but the 50th anniversary is rumored to mostly honor the parks.

Don’t worry; guests should benefit too! Another part of the rumor is that there will be 50 magical enhancements across the Walt Disney World Resort property over an 18-month period, which will begin on October 1st, 2021.

So what are “enhancements”? They’ll mostly be additions to current attractions like a new drop sequence to Disney’s Hollywood Studios’ Twilight Zone Tower of Terror and a new blast scene at Magic Kingdom‘s Big Thunder Mountain in Frontierland.

Disney could start announcing some of the enhancements as teasers, but more likely is that they’ll start the marketing campaign to get us excited about the enhancements. Since we’re still several years out, it’s unlikely that Disney will tell us exactly what’s going to happen for the 50th anniversary- if even they’re totally sure yet.

The Great Mickey Ride is purely speculation as of yet, but insiders believe that Disney will not renew the TCM sponsorship of The Great Movie Ride, which is up in 2018.

It’s always seemed odd that Mickey Mouse who, to paraphrase Walt, “started it all”, does not have an e-ticket attraction in Walt Disney World; with The Great Movie Ride probably ending as we know it, it’s possible that The Great Mickey Ride will takeover.

A lot needs to happen before Mickey can take over the movies though. The sponsorship does need to be ended, the attraction needs to close, and Disney needs to remodel the attraction making it the rumored trackless dark ride.

More than that, Imagineers are already very busy in the Studios with Star Wars Land and Toy Story Land, so adding another large project probably isn’t likely until both of these projects are closer to completion or even fully completed. Therefore, it seems a bit premature to announce this attraction.

Also, taking another attraction away from an already-pared-down Studios doesn’t make sense in the short-term.

However, the next D23 Expo won’t happen until 2019, which could be too late to announce The Great Mickey Ride. So, it’s definitely possible that Disney will at least allude to it.

Last year, Parks & Resorts chairman, Bob Chapek teased that he instructed Imagineers to “dream big” for Epcot. This transformation would stay true to the park’s original vision but offer something that proves to be timeless, a much needed element of a new version of Epcot.

Since then, there have been dozens of rumors regarding Epcot’s future including an update to Figment in the Imagination pavilion and The Land Pavilion in Future World plus a Guardians of the Galaxy replacement in the Universe Of Energy Pavilion. Over in World Showcase, France is very likely going to get a Ratatouille attraction, the United Kingdom could get an attraction, and there will likely be a Coco layover at the Gran Fiesta Tour in the Mexico Pavilion. Also, Brazil and Spain are rumored country additions with Brazil being very likely next to Germany where the miniature train display is.

These enhancements and additions could be part of the 50 Magical Enhancements for the 50th anniversary, but it will likely occur in phases so the whole park isn’t under construction at once.

Most likely, Disney will announce a Ratatouille dark ride, a new country, and The Land pavilion updates at the D23 Expo this year.

On the other side of the country, Disneyland has gotten some love lately with a new Garudians of the Galaxy ride, Disney’s California Adventure. Now, it’s very likely that Disneyland will also get a Marvel-themed land without the name since that’s a sticky situation with who has rights to what and what they can do with them, but that’s another story.

With Star Wars Land well under way at Disneyland, Disney is going to have to figure out a way to draw crowds away from Disneyland and into Disney California Adventure since they already know that there will be capacity issues.

While it’s too late to open Marvel Land before Star Wars Land is completed, this will likely be a top priority in the very near future. Disney will also likely announce entertainment options and other enhancements that can open sooner than Marvel Land to accommodate crowds. These could include moving Paint the Night to California Adventure, creating a new World of Color, adding more seasonal events like the Flower and Garden Festival and the Food and Wine Festival at Epcot, and doing some attraction overlays.

Disney is known for denying large-scale projects for as long as possible. For example, several years back, Disney denied that Bay Lake Tower, a Disney Vacation Club property, was being built because they were worried that it will stop people from buying into Disney’s Animal Kingdom Lodge.

The Gondola transportation system has already started construction in Disney World, and it will be visible by the average resort guest very soon. The only reason to deny this project would have to do with a DVC development at Disney’s Caribbean Beach Resort, which probably won’t be announced, but there’s no reason that the Gondolas can’t be confirmed without mention of the Caribbean Beach project.

Disney surely doesn’t want to do anything to impact the sales on the recently construction Copper Creek Villas at Disney’s Wilderness Lodge Resort.

It seems unlikely, but it’s possible that Disney won’t announce anything big at all. Considering everything I’ve mentioned already including the timelines of future projects, the D23 Expo this year may be too early to announce much of what we’ve already listed.

Since the next big expo won’t happen until 2019, Disney might very well wait until then to make any significant announcement. Disney might only focus on Star Wars Land and minimize all else so as not to overshadow what they hope will be a huge land for them- hopefully more productive than Pandora in Disney’s Animal Kingdom.

What do you hope Disney will announce at D23?