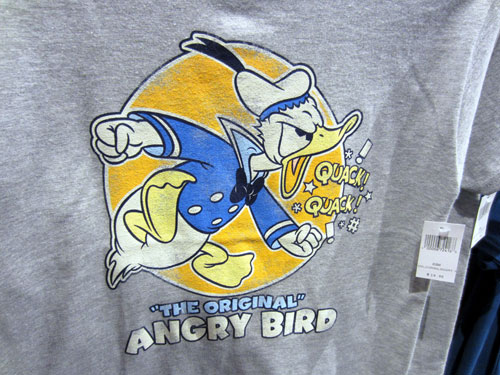 Six Reasons Why Disney Fans Are Grumpy These Days

When Walt created Disneyland, he had a dream. When he decided to build an east coast park, he had a goal. When he passed away, he left a legacy to be carried on by his brother and his Imagineers who finished Walt Disney World Resort.

For the most part, his dream was fulfilled, his goal was met, and his legacy has been an excellent one.

However, 50 years after his passing, some Disney World fans are expressing frustrations.

They are increasingly grumpy.

Let’s take a look at the top six reasons why Disney fans are grumpy these days.

If you’ve been following the news at all in the past couple years, you know that Disney has expressed concern over the cord-cutting revolution that has cable subscribers discontinuing their subscriptions in favor of less expensive services like Hulu and Netflix. It’s been said that this is hurting Disney’s bottom line as ESPN, owned by Disney, is losing subscribers regularly.

It may be true that ESPN isn’t making the boatloads of money it did in the past, but that doesn’t mean that the company as a whole is suffering, and Disney certainly isn’t going broke.

The frustration here is that ticket prices at the parks increase year after year even as Disney World reports huge numbers of guests in its parks. More people at higher ticket prices mean even more profit. Why are park fans paying for problems at ESPN?

Again dating back to Walt himself, the branding of Disney Parks meant family oriented entertainment for the masses. Sure, a Disney vacation has always been pricey, but Disney marketed to the middle-class as a slightly-inflated-but-totally-worth-it vacation option. Disney World even began to offer different levels of lodging options including a campground to make accommodations more affordable no matter your budget.

Now, Disney has become so expensive that some in the middle-class are left wondering where they fit in to Disney’s plan. Even Value Resorts are priced at the upper level of average hotel chains.

It seems that Disney is becoming too expensive for many families.

Disney’s marketing may be misleading to some.

People who haven’t been to the parks lately may expect to see characters wander through the parks. In reality, this doesn’t happen.

Why would someone think it does? Because Disney says it does by showing this in their TV commercials!

What’s more, maybe you’ve seen the Disney commercials depicting happy families riding Seven Dwarfs Mine Train with Goofy. This is also misleading. Any adult with even a little common sense knows that their child isn’t going to ride a roller coaster with a character, but Disney makes it seem completely plausible and kids may be disappointed when they find out they have to wait in line, sometimes for several hours, to see their favorite character for a few minutes.

Rarely do commercials show packed parks with huge crowds, but that is the norm.

Marketing to the masses and providing unrealistic expectations all while charging a premium doesn’t go well with guests when they get to the parks and are greeted with huge crowds and painfully long lines.

I still believe that Disney Parks are some of the cleanest and friendliest places in the world.  I still think they are a good value.

However, to some it seems like there is relatively less attention to detail, cleanliness, and maintenance. Even worse, there’s so much construction going on that people feel like they are literally getting fewer attractions while still paying more money (we’re looking at you, Hollywood Studios).

Disney has a reputation for being relatively slow with constructing new areas. New Fantasyland took over five years to complete from the announcement to completion.

Construction walls have been a common sight in Disney World for the past several years. Disney Springs, Magic Kingdom, Disney’s Animal Kingdom, and now Disney’s Hollywood Studios are all receiving updates.

Yes, it takes time to design new attractions and pour concrete.  Should it take this long?

Speaking of construction, it’s been almost 20 years since Disney opened a new park. When Disney’s Animal Kingdom opened in 1998, it was the last of the Disney parks to open since the resort’s grand opening in 1971. That’s four theme parks and two water parks plus countless resorts and restaurants in less than 30 years. This meant that Disney was able to keep up with the growth of attendance.

The last twenty years have seen a lot of construction, rebranding, and retheming, but no new park.  Eventually, Disney will have to do something about this – if only to keep up with their feisty competitors at Universal. A fifth gate would be an excellent and welcomed response.

Are you frustrated with the current state of Disney World?  Why?