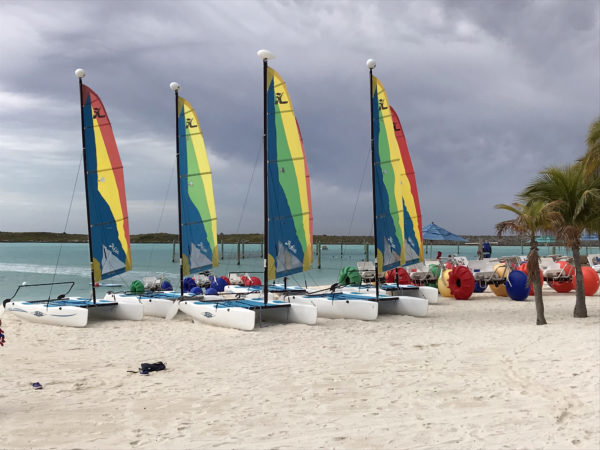 Castaway Cay has been voted the best private island owned by a cruise line for the third year in a row!

Cruise Critic rated the island the best in all three regions of the Caribbean including the Eastern, Western, and Southern.

Cruise Critic collected more than 150,000 reviews from its members between June 2017 and May 2018, and they just released the results, which they call the 2018 Cruisers’ Choice Destination Awards.

These awards were first given in 2015, and Castaway Cay has won this award all three years!

Castaway Cay is Disney Cruise Line’s private island in the Bahamas and is a port of call for Bahamian and Caribbean Cruises sailing from Port Canaveral.

If you’ve ever been to Castaway Cay, this award should come as no surprise. I can personally attest to the amazingness of the island because I recently had the opportunity to visit during trip aboard the Disney Dream. Castaway Cay has beautiful beaches, massive stretches of crystal blue water, a huge variety of activities for the whole family.  It also has really good food – and most of it is included in your cruise price.