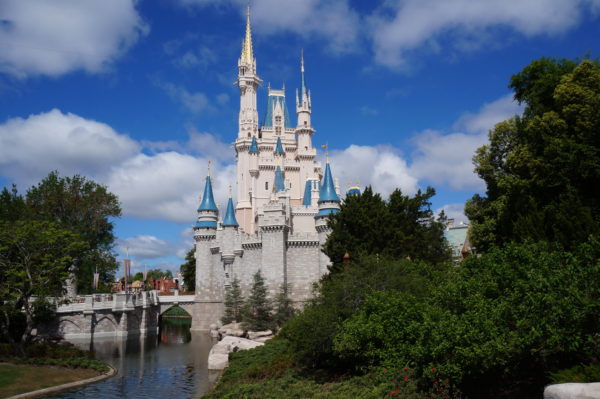 Cinderella Castle beyond the trees

Florida was one of the last states to enact a stay at home order and one of the first to start the reopening process.

There is some bad news:  Recent reports indicate that cases are rising. On Saturday, 4,049 new cases were reported.  The percent of people testing positive is trending up.

At the same time, there is some good news:  The number of deaths attributed to Coronavirus has been trending down over the past several weeks, and the number of people tested in early June is nearly triple the numbers from early April.

This leads some to questions:  When you review all the data together, are things really getting worse?  Will these changes impact Disney’s plans?

Disney has always planned to require that guests wear masks when the parks reopen, but now the local government is implementing similar rules.

The mayor of Orange County, where Disney World is located, instituted an executive order requiring everyone in the county to wear face coverings while in a public space. It went into effect on June 20th at 12:01 a.m. The medical community insists that wearing a mask when going out is essential for stopping the spread of the virus.

Governor DeSantis maintains that wearing a mask should be voluntary but agrees that residents and visitors should abide by local orders. He also cautions to be aware of the data and its sources. As have many other states, Florida has ramped up testing and is now testing younger residents and those who aren’t as seriously ill as those being tested in the early days and at the spike of the pandemic.

There is no indication at this point that Disney is planning to pause its reopening plans.  Each day we learn more about reopening, from park reservations to lists of reopening attractions.

Disney is requiring all Cast Members and guests ages two and up to wear CDC approved face coverings and practice social distancing. To achieve this, they’ve canceled all events where crowds would typically gather including parades, fireworks, and some shows for the foreseeable future.

Do you think Disney will delay their opening?